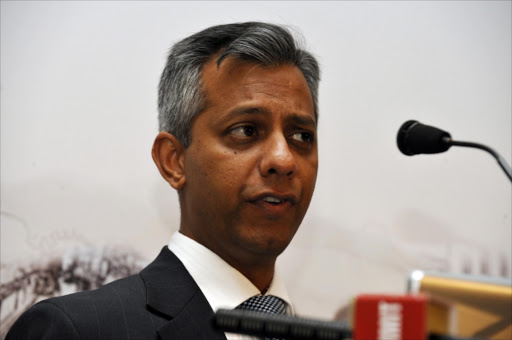 Phasiwe made the allegation on the Eusebius McKaiser show on Radio 702.

McKaiser asked Phasiwe about press releases that the power utility sent out in which they denied a relationship with the Gupta-linked Trillian.

The Asset Forfeiture Unit has set its sights on assets worth R1.6-billion belonging to the controversial Gupta family by executing two preservation orders. One is against the Gupta-linked Trillian in relation to work it did for Eskom.

“We got information from Eskom management‚ in particular Mr Singh himself‚ where we basically got information that made mention that we as Eskom do not have any dealings with Trillian and as a result we could not have made any payments to them.”

Singh testified on Tuesday in parliament that the press releases were sent out without his knowledge.

McKaiser asked Phasiwe: “Would the following be an accurate summary? You reported honestly a lie that you were told by Anoj Singh?”

Earlier he said: “Now we now know it’s not the truth‚ but at the time I was given that information and I did not have any‚ I’ll say reason‚ to doubt that what I was getting from management was not correct.”

Ouch! Read some of Gordhan's zingers to Singh at #EskomInquiry

Former Eskom chief financial officer (CFO) Anoj Singh was in the crosshairs of the parliamentary inquiry into state capture on Tuesday. He testified ...
Politics
3 years ago

Former Eskom chief financial officer Anoj Singh - who was allegedly at the heart of state capture of the utility - was accused of lying‚ evasiveness ...
Politics
3 years ago

Embattled Eskom executive Matshela Koko‚ who escaped dismissal through a sham disciplinary process‚ broke the strict conditions of his suspension by ...
Politics
3 years ago