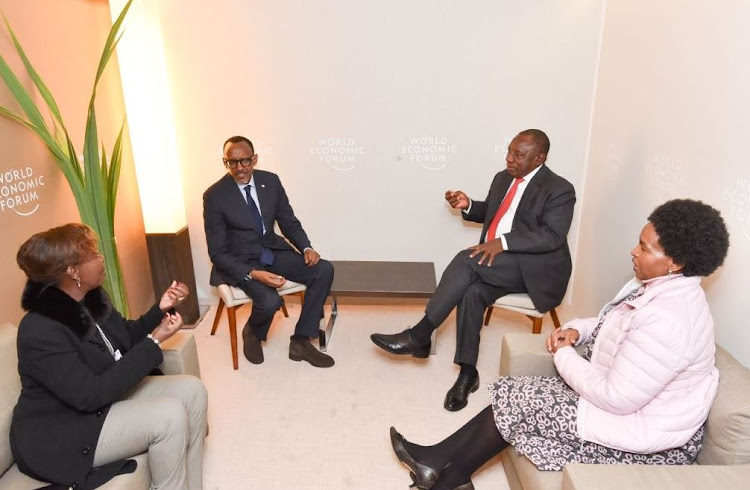 South Africa needs to rebuild business confidence and clean out the rot. This is the blunt message delivered to Cyril Ramaphosa by International Monetary Fund (IMF) managing director Christine Lagarde.

The IMF boss met Ramaphosa‚ who is leading South Africa's delegation to the World Economic Forum in Switzerland in his capacity as South Africa's deputy president‚ in Davos on Tuesday. The meeting came as the IMF this week cut South Africa’s growth forecast for the next two years‚ citing political uncertainty.

Lagarde‚ who described their discussion as "fruitful"‚ said in a statement: “We concurred that long-standing structural challenges continue to weigh on growth in South Africa. We consequently agreed that bold and timely reforms are needed to create an environment conducive to job creation and less inequality."

"Recent initiatives to improve governance and strengthen public institutions are steps in the right direction. These efforts need to be sustained and be complemented both by fiscal policies that stabilize debt at manageable and sustainable levels‚ and by the reestablishment of business confidence to make the economy more productive and competitive."

Ramaphosa is meeting several leaders on the sidelines of the WEF event‚ to promote his stance that SA's "stable and predictable macro-economic framework underpins economic policy".

Team SA on the ground on the 1st day at #WEF18 led by DP Ramaphosa to deliver message that the country is open for business.#SAinDavos2018 pic.twitter.com/D2SqJhjudW