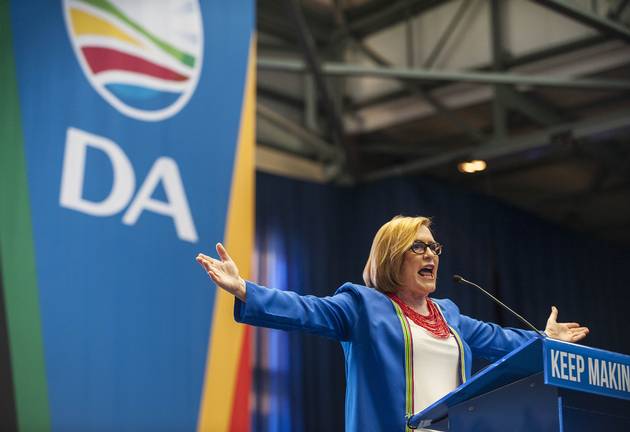 A half-billion rand desalination plant‚ which is expected to provide a lifeline to water-strapped Cape Town‚ is yet to be given the green light.

Controversy raged at the weekend after Water and Sanitation Minister Nomvula Mokonyane announced during a Press Club address that she had appointed Umgeni Water - one of the largest water boards in the country - to build a desalination plant in the Mother City.

It is expected to generate 10 million litres of water per day - a much needed commodity as the City of Cape Town prepares for Day Zero which is likely to fall on April 12.

A letter reportedly sent to Mokonyane by Cape Town mayor Patricia de Lille‚ urged the minister to stall Umgeni’s involvement‚ saying desalination was costly and that the process should be delayed in order for a “thorough examination of ground water options to be completed”.

The city is expected to bring three desalination plants on line by the end of March.

Western Cape premier Helen Zille‚ who attended the address‚ said for the government to be building a desalination plant with Umgeni Water in the same place that Cape Town had commissioned a private-sector-led plant “directly contradicted with the tender process”.

Zille tweeted a letter she received from the minister appointing Umgeni Water to install the plant.

“Here is the minister’s letter‚ out of the blue‚ naming her contractor AFTER the City had gone through a process of awarding a contract for a desalinator there.”

Her tweet received a backlash from Twitterati with one saying the city would not have a water crisis if Zille had managed the crisis as well as she had run her Twitter account.

Umgeni Water spokesman Shami Harichunder said the entity was waiting for “official correspondence relating to funding arrangement and when an off-take agreement will be signed by all of parties that will be involved in this proposed project”.

Harichunder said the “relevant” procurement processes had been completed and Umgeni Water was in a state of readiness to begin preparatory work with the City of Cape Town and the Department of Water and Sanitation.

The entity was considering a site at the V&A Waterfront for the plant‚ he said.

On the issue of its jurisdiction‚ Harichunder said it had received a directive from the minister on December 11 last year‚ requesting the organisation to “immediately investigate possible interventions that would alleviate the plight of consumers in Cape Town”.

“It was not uncommon for the minister to request that specific work be carried out when challenges occur in water services provision in any part of the country.

“This generally occurs in the form of directives. Umgeni Water has successfully executed numerous such directives in the past‚ both within and outside of its area.”

Harichunder added that the organisation had no comment relating to statements made by Zille.

Cape Town risks having its municipal bonds cut to junk by Moody’s because of its water crisis.
News
4 years ago

Cape Town’s water crisis is real. And it’s not going to solve itself.
Features
4 years ago

Western Cape Premier Helen Zille has apologised for a tweet in which she told "gloating Jo'burgers" that "karma can be a real bitch".
Politics
4 years ago