Time is of the essence - Zuma must go‚ says Mandela Foundation 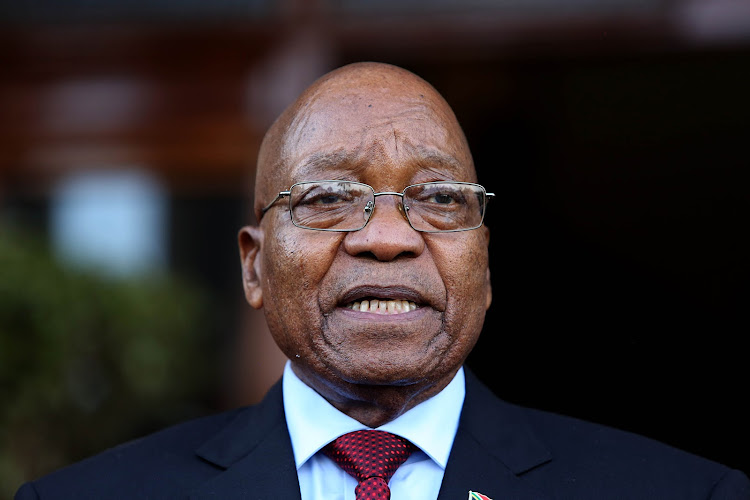 President Jacob Zuma must go "because he has demonstrated that he is not fit to govern"‚ the Nelson Mandela Foundation said on Tuesday - while calling on the government to hold him accountable for his actions.

"Some things cannot be pardoned‚" the foundation said.

Ndebele read a statement on behalf of the trustees which stated that "structural corruption‚ largely attributed to the arms deal‚ has spread its tentacles through the public domain".

The board urged the president "to listen to the voice of the people".

Rand firmer on speculation that Jacob Zuma might finally quit

The rand was firmer on Tuesday at midday ahead of the ANC’s national executive committee (NEC) meeting on Wednesday‚ which might lead to the recall ...
Business Times
3 years ago

On Tuesday‚ the foundation said: "It is 14 months since the Nelson Mandela Foundation first called for  Zuma to resign. We have now reached a point where South Africans can no longer wait for him to do so".

"From December we have watched‚ sometimes in disbelief‚ as the floodgates of testimony have opened. Hearings‚ investigations‚ enquiries and other forms of disclosure are providing overwhelming evidence that systematic looting by patronage networks linked to Zuma have betrayed the country Nelson Mandela dreamed of as he took his first steps of freedom twenty-eight years ago.

"Zuma has abused the trust of South Africans. He must go‚ sooner rather than later. Time is of the essence."

". . . Zuma must go not in order to shore up the governing party’s election prospects for 2019. He must go because he has demonstrated that he is not fit to govern.

President Zuma has abused the trust of South Africans. He must go‚ sooner rather than later. Time is of the essence.

"We call on the state to hold him accountable for his actions. Some things cannot be pardoned."

The foundation said to delay now would risk "more of the ugly scenes of violent conflict we saw yesterday" when pro and anti-Zuma supporters clashed at Luthuli House.

"We call for calm and respect for the rule of law during all protest actions related to the president‚" the foundation added.

The Mandela Foundation noted that it would be a mistake to think that "the removal of one person will address what is now deep-rooted and systemic corruption".

"The challenge is to identify and uproot multiple networks at different levels.

"We applaud the work already being done by the governing party and the state to act against such networks. This work will require years of endeavour‚ and we call on all South Africans to commit to supporting it. The Nelson Mandela Foundation is making that commitment."

LISTEN | Will Zuma or Ramaphosa deliver state of the nation address?

Just two days before the delivery of the 2018 state of the nation address, the jury is still out as to whether President Jacob Zuma will deliver the ...
Politics
3 years ago

In their own words - ANC leaders who defended Zuma

President Jacob Zuma could face a motion of no confidence from within his own party – an abrupt about-turn after the staunch support he once enjoyed.
Politics
3 years ago

Inside the meeting between King Zwelithini and Jacob Zuma

Zulu King Goodwill Zwelithini is said to have told President Jacob Zuma to consider going away quietly instead of putting the country into a chaotic ...
Politics
3 years ago