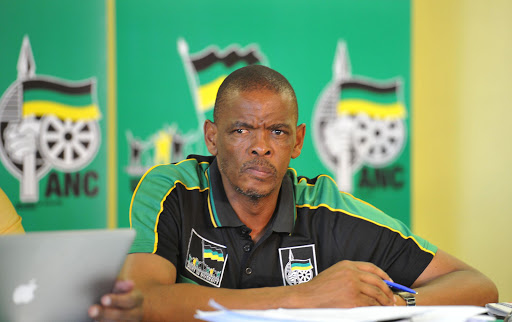 The DA in the Free State has accused authorities in the provincial legislature of dragging their feet over the party's request for an urgent sitting so that its motion of no confidence in premier Ace Magashule could be debated and voted on.

It was during Magashule’s reign that the province channeled R220-million into failed dairy farm project Estina in Vrede‚ with much of the money finding its way into the hands of the Gupta family.

DA provincial leader in the Free State‚ Roy Jankielsohn‚ said in a statement on Wednesday that he had written to the speaker of the Free State provincial legislature‚ Mamiki Qabathe‚ and chief whip‚ Neels van Rooyen‚ about the no-confidence debate. But the two seemed to be "deliberately stalling" on the matter.

Qabathe said she had referred the matter to the chief whips' committee to consider the process to be followed for a motion of no confidence to be heard‚ as there is no provision in the legislature’s standing rules and orders for such motions.

The DA asked Van Rooyen to urgently call a meeting of the chief whips’ committee to discuss the procedure to be followed and was told that due to commitments of the legislature‚ the next available opportunity to meet to discuss the matter would be February 26‚ six days after the State of the Province Address‚ which is scheduled for February 20 in Parys.

"This is quite unacceptable‚" Jankielsohn said‚ referring to a court judgement which ruled that motions of no confidence were inherently urgent and should receive precedence over other business.

"Now that the State of the Nation Address has been postponed to a date yet to be decided‚ it is likely the State of the Province Address will also be postponed. This allows the legislature ample time to schedule a special sitting. The ANC must stop frustrating the business of the legislature. We have a constitutional mandate to hold the executive to account and as such we must find the time to do so‚" Jankielsohn said.

He added: "Ace Magashule must be held accountable for the corruption taking place in the Free State provincial government. It is not up to the ANC to simply redeploy him. The legislature has a constitutional duty to hold him accountable. The legislature must do its work by removing the political head of this corrupt patronage network and ensure that implicated individuals face the full might of the law."

ANC NEC member Bheki Cele has launched a blistering attack on the party’s secretary-general‚ Ace Magashule‚ and has accused him of destroying the ...
Politics
4 years ago

Ace plays his cards‚ but his support of Zuma could backfire

A bid to rally more support for a fight-back plan to keep President Jacob Zuma in power seems to be in full swing‚ a political analyst said on Monday.
Politics
4 years ago

The Democratic Alliance will table a motion of no confidence against Free State premier Ace Magashule in the provincial legislature‚ DA leader Mmusi ...
Politics
4 years ago