Mashatile: We were going to fire Zuma after Wednesday's NEC meeting 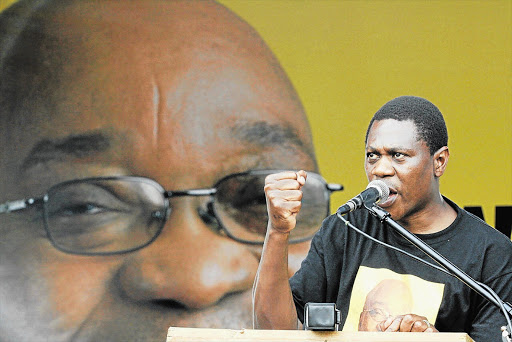 The ANC had planned to dump President Jacob Zuma as the head of state after Wednesday night’s now-cancelled national executive committee meeting.

This is according to newly-elected ANC treasurer-general Paul Mashatile, who as early as Tuesday night had already given a strong indication that the party’s top brass were preparing to oust Zuma from office if he didn’t resign.

But those plans were scuppered by a last-minute deal Zuma reached with party president Cyril Ramaphosa – a deal that resulted in Wednesday’s scheduled NEC meeting being called off.

Addressing investors at the Mining Indaba in Cape Town on Tuesday, just hours before Ramaphosa announced the postponement of the NEC meeting that would have decided Zuma’s fate, Mashatile said Zuma would have been recalled from office if he did not step down.

Clearly unaware that the NEC meeting was about to be called off, Mashatile told his audience that they would go to the powerful gathering to remove Zuma after he had flatly refused to resign when the party’s Top 6 met on Sunday evening.

He gave details of their meeting with Zuma and detailed how the president had asked them what the ANC meant by a “transition period”.

"On Sunday evening, President Zuma says to us, 'What do you guys mean by transition?’ He said this is a strange word that you guys have just coined. And we said to him it’s handing over power from you to Cyril," Mashatile told delegates, who burst into laughter.

His comments are contained in a leaked recording, which was sent to TimesLIVE on Wednesday night.

"We were saying to President Zuma on Sunday that we don't want two centres of power; we want president Ramaphosa to take control not only of the ANC, but [also] the affairs of the state. And we were very clear about it”.

He informed the audience that Zuma indicated that he was standing firm and would not step down voluntarily.

“President Zuma basically said to us: 'I'm not going anywhere, I'm not convinced by you guys so I’m not going to resign. You can go back and report to your national working committee and the NEC that I said I’m not resigning’,” Mashatile said.

He added that Zuma’s removal was crucial as it meant that the ANC top six would not have to first consider what Zuma thought of issues before they took decision about the running of the country.

Opposition parties are working on a joint approach towards what should happen in Parliament now that the state of the nation address has been ...
Politics
3 years ago

Cyril on Zexit: ‘We all deserve closure’

ANC President Cyril Ramaphosa has announced that a decision on President Jacob Zuma’s fate as president of the republic would come in the next few ...
News
3 years ago

ANC president Cyril Ramaphosa broke his silence on the future of President Jacob Zuma on Wednesday, saying the two of them had "direct discussions" ...
News
3 years ago