Notwithstanding Sona postponement‚ it’s business as usual for Parliament 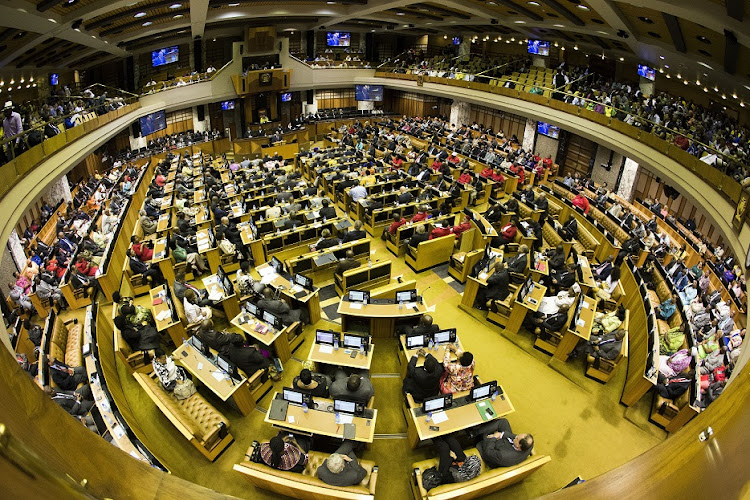 The postponement of the State of the Nation Address (Sona) has had a limited impact on the ongoing work of parliamentary committees‚ Parliament said on Thursday.

In an unprecedented move earlier this week‚ Parliament’s presiding officers announced that the Sona‚ which was meant to take place on Thursday evening‚ would be deferred. President Jacob Zuma had also written to the presiding officers requesting a postponement of the address‚ amid growing uncertainty about his future as head of state.

The ANC leadership is said to be concluding transition negotiations which would see Zuma stepping down as president of the country.

“The presiding officers wish to reassure South Africans that Parliament’s work‚ which resumed during the first week of January 2018‚ is continuing in line with the Constitution‚” said Parliament spokesman Moloto Mothapo.

“Through the official structures of Parliament such as committees and other multiparty forums‚ the institution is hard at work fulfilling its scheduled business relating to law-making‚ public participation and overseeing executive action‚” he said.

Mothapo said the Sona has been informally referred to as “the opening of Parliament”‚ as it is often the first plenary house sitting of the year.

“However‚ this does not mean that until Sona takes place Parliament is closed or its work is suspended.”

The decision to postpone the Sona was taken in conjunction with Zuma.

“When determining an alternative date‚ we will take account of the broader implications on Parliament’s programme‚ chief amongst which is the National Budget‚ the key to unlocking government spending. Everything is being done to ensure that the broader policy and programme pronouncements‚ followed by debates and budget approval‚ remain on course‚ as they are important to service delivery.”

“As an institution overseeing executive action to ensure that commitments made by government to improve the living conditions of South Africans are realised‚ Parliament has committed to ensuring that the budget speech‚ scheduled for February 21 2018‚ is not affected or delayed by the Sona postponement‚” said Mothapo.

Parliament was also looking at ways to minimise the cost implications of the postponement.

“This is part of the institution’s broader cost-cutting measures. Negotiations with all service providers‚ such as airlines‚ are under way to curtail the financial impact resulting from‚ for instance‚ cancellation fees and travel agency administrative charges. All efforts are being made to ensure that the overall spending on the 2018 Sona remains within the budgeted R4.3m. All guests have been informed of the postponement through a wide range of communications channels. The presiding officers regret any inconvenience that may have been caused by this postponement to all South Africans.”

“The presiding officers are in close liaison with the Presidency and other key stakeholders to ensure that the new date for the 2018 State of the Nation Address is determined without delay‚” said Mothapo.

President Jacob Zuma may not be out of mind but he is set to remain firmly out of sight.
Politics
4 years ago

Democratic Alliance leader Mmusi Maimane has called for Parliament to schedule a debate and vote on a motion of no confidence in President Jacob Zuma ...
Politics
4 years ago

Opposition parties are discussing a joint plan to push the ANC into recalling President Jacob Zuma - including a call on their supporters to take to ...
Politics
4 years ago