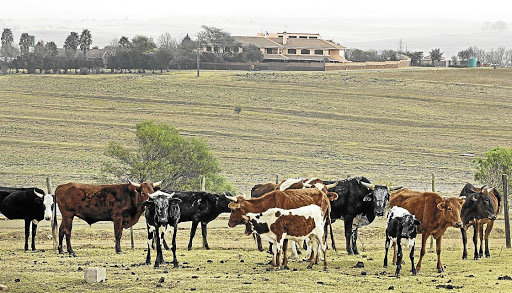 The State of the Nation address was not the only major event postponed this week. The ANC has also postponed its visit to Nelson Mandela’s Qunu homestead in Eastern Cape to lay wreaths at his grave this weekend.

It was agreed with family at Qunu last month that the laying of wreaths would take place on February 11‚ the day Mandela was released from 27 years’ incarceration‚ most of them on Robben Island.

Instead‚ the ANC’s leadership will be in the Western Cape to commemorate the day.

ANC national spokeswoman Khuselwa Diko said the ANC would also launch the Mandela centenary celebrations at the Grand Parade in Cape Town on the same day.

The ANC in Gauteng has cancelled its 106th anniversary rally scheduled for Sunday as the newly-elected national office bearers would be continuing ...
Politics
3 years ago

“We are in engagement with the family on these plans and have agreed with them to look at another date for a programme in Qunu‚’’ said Diko.

Although Diko gave no reason for postponing the visit to Qunu‚ ANC provincial chairman Oscar Mabuyane said the leadership felt they should visit the Mandela home on July 18‚ which would have been his 100th birthday.

There will‚ however‚ be activities in Mthatha on Saturday.

The National Heritage Council and tourism department will host events at the Nelson Mandela Museum‚ including a “release Mandela historic memories event”‚ at which some of the comrades who were part of the reception committee on his release from prison in 1990 will be present.

Madiba’s grandson‚ Nkosi Mandla Mandela‚ said he was not informed about the changes regarding the visit to Qunu.

On January 10‚ the ANC’s top and some NEC members visited Qunu but could not go to Mandela’s grave site because the said that rituals in line with AbaThembu practices needed to be conducted first.

On Saturday‚ the Nelson Mandela Museum‚ in partnership with the departments of sport‚ recreation‚ arts and culture and South African National Boxing Organisation‚ will hold an Open Boxing International tournament at the museum’s Bhunga Building in Mthatha. – DispatchLIVE

The ANC has vehemently denied that the withdrawal of the ANC’s top six from events leading up to the Nelson Mandela centenary celebrations was owing ...
Politics
3 years ago

South Africa’s President Jacob Zuma is digging in his heels and refusing to relinquish the top job despite mounting pressure from his own party, the ...
Opinion & Analysis
3 years ago