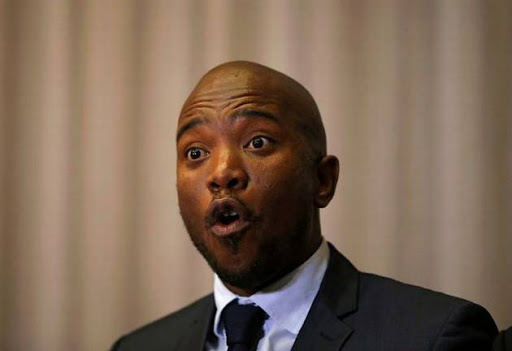 The Democratic Alliance is going to take the Public Protector’s report on the Vrede dairy farm on review after calling it is a “whitewash”.

DA leader Mmusi Maimane announced the legal steps on Monday during a press conference in Cape Town after the DA federal council met over the weekend.

“It has become quite clear that the report is a whitewash. In fact‚ the Public Protector’s action and report on this issue can only be described as disgraceful‚” Maimane said.

The Public Protector released the report on Friday. It did not take into account the widely published Gupta e-mails that showed how the Gupta family is linked to the project‚ Maimane said. About R220 million was allegedly stolen from the project.

Parliament’s Portfolio Committee on Justice and Correctional Services has summoned Public Protector Busisiwe Mkhwebane after reports that she had ...
Politics
4 years ago

Mkhwebane found the Free State Department of Agriculture contravened the prescripts of the Public Finance Management Act. Maimane claims there are faulty omissions in the report.

“There is no effort shown to probe the true corruption ... at the heart of the Vrede scandal‚” he said.

He said the party’s lawyers are currently drafting the legal documents and will launch their application later this week. DA federal executive chairman James Selfe said the application will likely be lodged with the North Gauteng High Court in Pretoria. He described the Mkhwebane report as “embarrassingly superficial”.

Zwane has denied allegations of state capture. He has defended his relationship with the Gupta family‚ who are also associates of President Jacob Zuma. Last year he told MPs that such allegations were part of an attempt to assassinate his character.

Magashule has reportedly said that “the law must take its course” but said that the Vrede controversy should not be used to oust him from his ANC post.