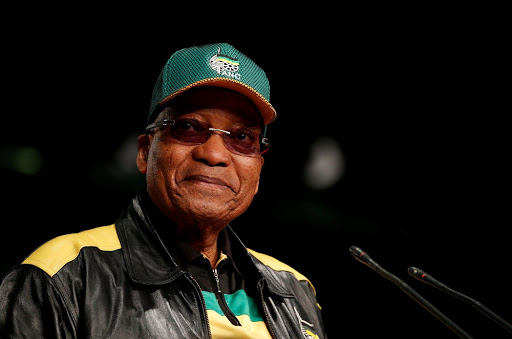 A statement from President Jacob Zuma appeared imminent on Wednesday as a TimesLIVE reporter witnessed an SABC crew being summoned to the president's official residence in Pretoria.

The reporter said an SABC reporter had received a phone call while waiting outside the Union Buildings and was told to be on a standby for a recording with Zuma.

Shortly after that, the SABC crew left the Union Buildings and drove to Zuma's official Mahlamba Ndlopfu residence, where they waited outside for about 30 minutes.

The TimesLIVE reporter then witnessed the SABC reporter and a cameraman being escorted into the residence by a police officer, while another stood guard outside.

WATCH | Zuma breaks his silence: Have I done something wrong?

President Jacob Zuma is responding to the recent developments in an interview with the SABC at his official residence in Pretoria.
Politics
4 years ago

Earlier the ANC parliamentary caucus agreed to table a motion of no confidence against Zuma.

ANC treasurer-general Paul Mashatile told journalists on Wednesday that he had informed the caucus of the ANC national executive committee's decision to recall Zuma‚ after which the meeting had agreed to vote for Zuma's removal. Mashatile said ANC leader Cyril Ramaphosa would then be voted in as state president.

Mashatile said Zuma had been given until Wednesday to submit his resignation letter.

"We can no longer wait beyond today. President Zuma might respond later but we can't keep South Africans waiting‚" said Mashatile.

ANC chief whip Jackson Mthembu said the governing party would hold talks with the EFF‚ which has proposed a motion of no confidence against Zuma. Mthembu said the ANC had the option of amending the EFF motion and then voting in favour of booting Zuma out of office.

National Assembly Speaker Baleka Mbete has scheduled the motion for 2pm on Thursday.

ANC caucus agrees to pass motion of no confidence against Zuma

The ANC parliamentary caucus on Wednesday has agreed to table a motion of no confidence against President Jacob Zuma on Thursday.
Politics
4 years ago

If President Jacob Zuma does not resign‚ the ANC will remove him through Parliament‚ finance minister Malusi Gigaba has said.
Politics
4 years ago