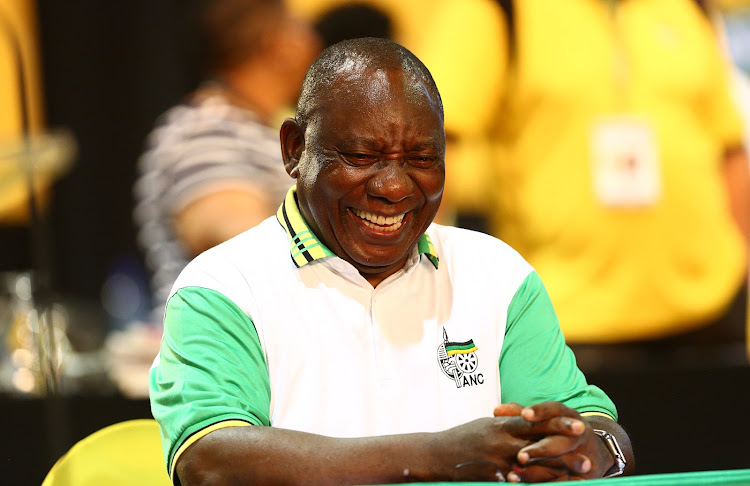 Cyril Ramaphosa will most likely be elected as the new president of the country at 2pm today.
Image: Masi Losi/ Sunday Times

South Africa will have a new president by mid-afternoon on Thursday.

The office of ANC chief whip Jackson Mthembu emailed MPs on Wednesday night, before Jacob Zuma had tendered his immediate resignation as president, to inform them of Chief Justice Mogoeng Mogoeng's availability.

"The chief whip of the majority party has been informed by the Speaker [Baleka Mbete] that the chief justice is making himself available after the motion of no confidence to officiate in the election of the new president of South Africa. This item was scheduled for Friday morning. We are now moving it forward to Thursday afternoon or evening," the email read.

However, with the motion no longer necessary, Parliament will instead elect the man or woman who will replace Zuma as the country's First Citizen.

This will most likely take place at 2pm - the same time originally allocated for the motion of no confidence against Jacob Zuma. However, Nathi Mncube‚ spokesperson for the office of the Chief Justice, would only confirm that it would be 'this afternoon'.

President Jacob Zuma resigned as leader of South Africa on Feburary 14 2018 during a televised address to the nation.

DA chief whip John Steenhuisen said he thought "the opposition was duty-bound" to offer up an alternative candidate to the ANC's expected nominee, current party president and state deputy president Cyril Ramaphosa. Should this happen, he said, it would trigger a debate and then a secret ballot by MPs.

"What will be interesting to watch is what the Zuma faction of the ANC does. Will they do to their candidate what the party has done to Zuma? Will there be abstentions, or spoiled ballots, or will they cast their vote for an opposition candidate?" said Steenhuisen on Thursday morning.

Should Parliament elect a new president today, the previously postponed State of the Nation address will most likely take place at the scheduled time of 7pm on Friday.

Jacob Zuma is no longer the president of South Africa. TimesLIVE takes a look back at his tenure leading the country.

The country has woken up today to the news that President Jacob Zuma has resigned. Follow our  live blog for all the latest updates as Parliament ...
Politics
4 years ago

IN FULL | 'I do not fear exiting political office': Zuma's resignation speech

Jacob Zuma has resigned as president of the country. Read his full resignation speech
Politics
4 years ago

As the news spread that President Jacob Zuma had resigned, South Africans took to twitter to share their feelings.
Politics
4 years ago