Status of some Eastern Cape ANC PEC members under scrutiny 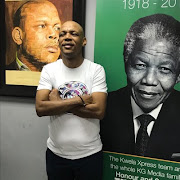 The status of some ANC provincial executive committee members in the Eastern Cape has come under scrutiny after it emerged that some had left the party to join Congress of the People (Cope)‚ meaning their service was broken and they did not meet the criteria for election to the committee.

Some of the people being questioned are ANC members who were removed from their positions in government after they were found to be implicated in the Nelson Mandela funeral scandal.

These include PEC member Thabo Matiwane‚ provincial treasurer Babalo Madikizela and former Buffalo City Metro senior politicians who were removed by the Integrity Commission. Matiwane and Madikizela allegedly left the ANC to join Cope when a group aligned to former ANC president Thabo Mbeki broke ranks with the ANC to form the Mosiuoa Lekota-led opposition party. In a letter to Luthuli House as well as Eastern Cape ANC headquarters‚ Calata House‚ ANC Mnquma sub region member Sonwabo Nogqala complained that Matiwane's election to the PEC should be reviewed as it was "contrary to provisions of ANC constitution Rule 19.3‚ which state that for a member to be nominated/elected he must be a member in good standing for seven years. He does not meet the constitutional prescriptive”.

Matiwane is also from the Mnquma sub-region and is former Buffalo City Metro head of housing. He resigned from the position in 2016 after former city manager Andile Fani was ousted by the ANC-led Council.

Ngcukaitobi said that all the ANC members elected in the PEC were eligible to be elected.

“To elect national leadership you need unbroken service for a period of about 10 years. Cope was established about 10 years ago. This requirement then goes down at a provincial level and so on. That particular unbroken service of these PEC members is on record ever since the collapse of Cope‚” Ngcukaitobi said.

Another ANC official serving on the PEC said Madikizela's status also needed to be questioned as he had also allegedly joined Cope.

“There are people who are in that leadership that are not supposed to be there. There must be an all-round implementation of the constitution and conference resolutions without exceptions‚” the source said.

However Madikizela said he had served in many ANC structures subsequent to leaving Cope.

“I was elected to serve in the provincial ANC youth league and served for almost three terms in the REC (regional executive committee) as treasurer. Why is my credibility to serve as ANC leader only being questioned now?”

Another source said that former Dr WB Rubusana region (formerly known as the Buffalo City Metropole region) secretary Pumlani Mkolo had been removed in his position when he was implicated in the Nelson Mandela funeral scandal.

“Mkolo alongside the mayor [Zukiswa Ncitha] and other politicians were removed. But now we see the likes of Ncitha being elevated to the PEC. [Marius] Fransman in the Western Cape was removed and many other leaders have been ousted because of the rules‚ but why do they apply to certain people?‚” the source asked.

Responding to this‚ Ngcukaitobi said the Integrity Commission investigation against those implicated in the Mandela scandal only found that Mkolo must be removed from an ANC position.

“The investigation found that the others must be removed from strategic government positions‚ not ANC‚” Ngcukaitobi said.