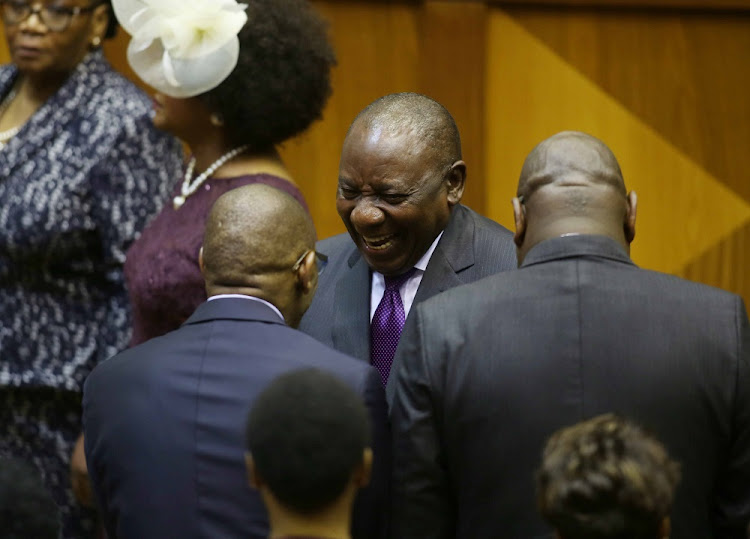 That is, of course, unless a cabinet reshuffle removes Gigaba from his position and the speech is delivered by someone else. Ramaphosa did not mention Gigaba by name when making the announcement.

Ramaphosa said his government would go ahead and implement the decision that was announced by former president Jacob Zuma last December – on the eve of the ANC national conference.

LIVE | Ramaphosa delivers his first Sona - as it happens

President Cyril Ramaphosa is givng his first state of the nation address (Sona) in Parliament on Friday night. Follow all the developments as it ...
Politics
4 years ago

“Starting this year‚ free higher education and training will be available to first-year students from households with a gross combined annual income of up to R350‚000.

“The Minister of Higher Education and Training will lead the implementation of this policy‚ while the Minister of Finance will clarify all aspects of the financing of the scheme during his Budget Speech next week‚” he said.

When Zuma made the announcement last year‚ it was widely perceived as a populist decision which was meant to give Zuma's preferred candidate an advantage on the eve of the election of a new ANC president.

Ramaphosa vows to tackle corruption, problems in SARS and NPA

President Cyril Ramaphosa promised in his first state of the nation address (Sona) to turn the tide of corruption in public institutions.
Politics
4 years ago

The government will implement the expropriation of land without compensation.
Politics
4 years ago

President Cyril Ramaphosa began his maiden state of the nation address by recognising his predecessor Jacob Zuma - a man he succeeded just over 24 ...
Politics
4 years ago

As Minister of Finance Malusi Gigaba prepares to deliver his maiden Budget Speech on February 21‚ he is looking for ideas from the public on how to ...
Politics
4 years ago