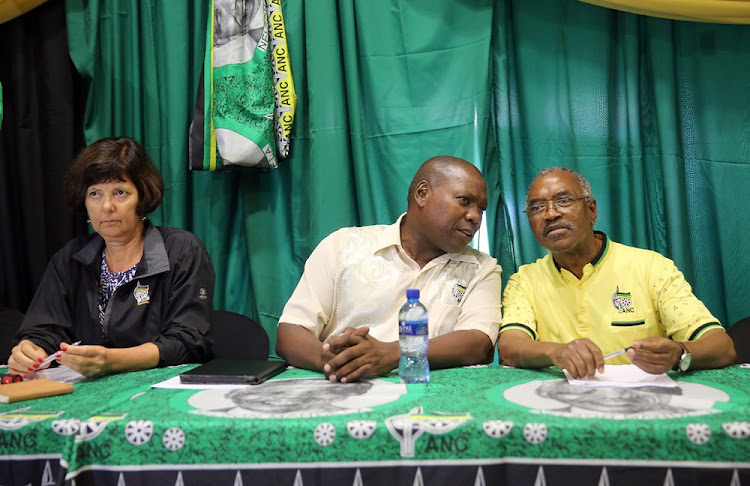 ANC NEC members Barbara Creecy,Dr.Zweli Mkhize and KZN Premier Wills Mchunu arrive to address over 100 branches of the KZN ANC to report back on the removal of former President Jacob Zuma. The meeting takes place at the Moses Mabhida stadium in Durban yesterday.
Image: RAJESH JANTILAL

Members of the ANC’s national executive committee are locked in a closed leadership meeting with KwaZulu-Natal branch members in Durban to explain the recall of former President Jacob Zuma.

The NEC resolved that Zuma should be recalled‚ a move which prompted his resignation and ushered in a new political leadership with Cyril Ramaphosa sworn in as the head of state.

On Sunday‚ branch chairs and their secretaries were briefed by members of national and provincial leadership on the reasons for Zuma’s recall at the Moses Mabhida stadium.

The province is a traditional foothold of support for Zuma and is a powerful voter base for the party.

NEC members Zweli Mkhize and Barbara Creecy‚ as well as KZN Premier Willies Mchunu‚ were among the delegates expected to address the branch leadership.

Budget may be Gigaba bye-bye

RON DERBY: Ramaphosa will need to find his own 'Roosevelt moment'