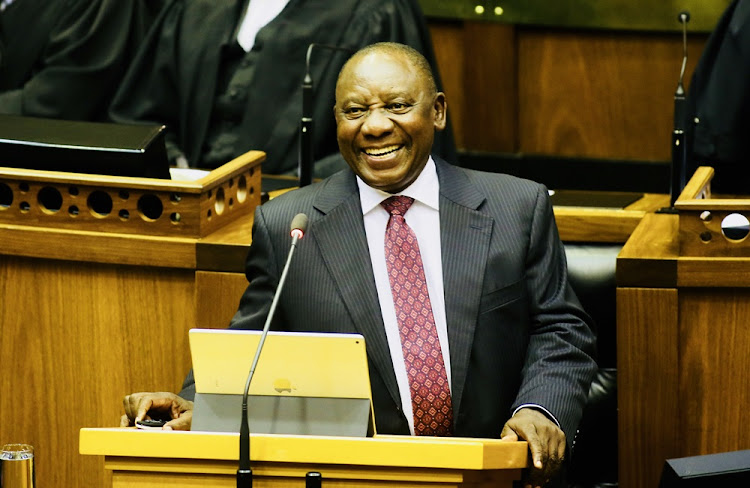 President Cyril Ramaphosa during his response to the debate on the state of the nation address in Parliament, Cape Town, on February 20 2018.
Image: Esa Alexander

As the minister of finance prepares to account to South African taxpayers how government plans to spend their money‚ President Cyril Ramaphosa wants his ministers and their deputies to do the same for their personal finances.

Ramaphosa has announced that members of his cabinet will be subjected to lifestyle audits to establish if they are not living beyond their income levels. He added during his reply to the debate on his state of the nation address on Tuesday‚ that the lifestyle audit would also be conducted on other public representatives‚ such as MPs.

His decision amounts to an implementation of one of the resolutions of the ANC 54th national conference adopted in December last year.

Ramaphosa said the lifestyle audits were part of his plan to tackle corruption in government - and also to deal with the thorny issue of state capture.

"It is time that we implement our resolution on the conduct and also all matters such as lifestyle audits of all the people who occupy positions of responsibility‚" said Ramaphosa to loud claps from MPs‚ including ministers.

IN FULL | Ramaphosa's reply to the State of the Nation debate

Cyril Ramaphosa has responded to the debate following his first state of the nation address. Read the full response here.
Politics
4 years ago

However‚ the applause became subdued as soon as he mentioned members of the executive.

"If there's ever been anything that many South Africans would like to have sight of‚ it is the lifestyle audit of their public representative. That is something I believe we have to do. This will be done starting with the executive of the country."

There have long been calls for ministers‚ MPs and senior civil servants to be subjected to lifestyle audits‚ with critics claiming some were leading expensive lifestyles that were inconsistent with their salaries.

Speaking to journalists on the steps of the National Assembly‚ Mineral Resources Minister Mosembezi Zwane‚ who is also implicated in the Hawks' investigation of alleged fraud at the Estina dairy farm in the Free State‚ said he was behind Ramaphosa's announcement.

"I am okay with it‚ because most of the time we're being judged by perception. If the president brings facts on the table‚ it helps everybody that we must not live under clouds‚ falsely. People must know what they want to know‚" he said.

President Cyril Ramaphosa responded to the debate following his first state of the nation address.
Politics
4 years ago

"I think it's the correct approach. If you talk about [being] above reproach‚ that's what you're talking about. It starts with us and then going down and then you can be respected. You must pass the test of time‚ it's difficult.

"You can't live beyond the means. Things will become questionable and you fail the ethical test‚" said Mbalula.

His transport counterpart‚ Joe Maswanganyi‚ declined to comment on the matter‚ saying he could only speak on transport issues.

But his deputy‚ Sindi Chikunga‚ said she was not having sleepless nights over it.

"I must be able to account for whatever I have and I have no challenge with that. I don't have a problem and I think it has to be done‚ and in departments too."

President Cyril Ramaphosa has rolled up his sleeves and promised to compensate the families of 44 miners who died during clashes with police in ...
Politics
4 years ago

Ramaphosa‚ who on Friday during his state of the nation address said he intended to reduce the number of cabinet ministers and government departments‚ said the changes would not be done in haste.

The president said the "reconfiguration" of government would "take several months" to conclude and he needed to conduct a thorough cost and suitability analysis.

Ramaphosa said he needed to consult broadly on the matter.

Responding to criticism by EFF Leader Julius Malema that he appeared to be soft on the issue of land expropriation without compensation‚ Ramaphosa said a "smash and grab" approach would not be helpful.

President Cyril Ramaphosa replied on February 20 2018 to the questions asked during the Sona debate. Here are the highlights.