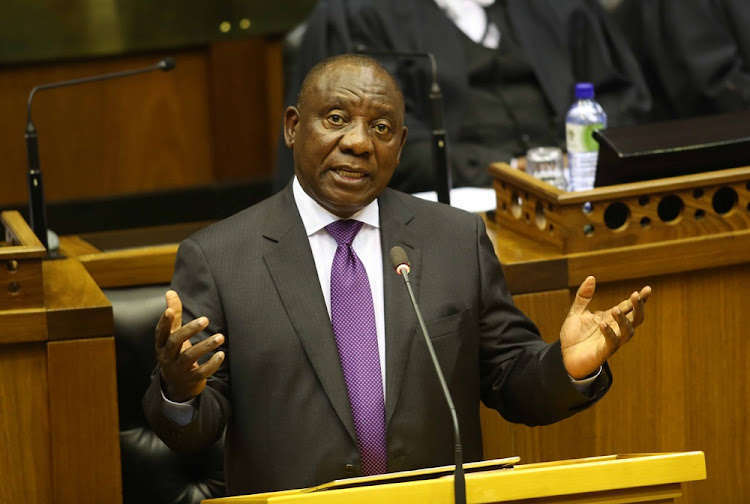 President Cyril Ramaphosa's rejigged cabinet has been celebrated by some and scorned by others.

The ANC and its political allies were predictably supportive of the move‚ which was done in consultation with the Tripartite Alliance‚ including the SA Communist Party and trade union federation Cosatu.

The DA‚ EFF and UDM were less complimentary. All three criticised Ramaphosa for not being tough enough on those accused of wrongdoing. The return of Pravin Gordhan and Nhlanhla Nene was welcomed‚ but that was where the praise ended.

"President Cyril Ramaphosa's announcement of his new cabinet this evening illustrates that the problem in our nation lies with the ANC itself‚" said DA leader Mmusi Maimane.

"The ministers who make up Ramaphosa's compromised and partially captured cabinet show what we've known all along – it's about the ANC and connected cadres first‚ and the interests of South Africa second."

Holomisa might not 'eat meat' with Ramaphosa after new cabinet announcement

United Democratic Movement (UDM) leader Bantu Holomisa says he doubts he will “eat meat” with President Cyril Ramaphosa after his announcement of a ...
Politics
4 years ago

"We view it as a mere realignment of corrupt and state capture delinquent ministers. No one‚ with the best interests of South Africa today‚ could have Malusi Gigaba‚ Nomvula Mokonyane‚ Bathabile Dlamini as cabinet members and ministers‚" the EFF said in a statement.

"Bathabile Dlamini has essentially been rewarded with a promotion into the presidency regardless of the fact that she nearly collapsed the social grants system for the poor. Above all is Gigaba‚ whose state capture crimes come close to treason as he facilitated the handing over of state institutions to a foreign nationals in the form of the Guptas."

Other politicians and plebs also weighed in.

#CabinetReshuffle - someone asked me earlier whether this is a new dawn or a big yawn? You be the judge.

Shame Prez Ramaphosa... you keep Minister Dlamini and gives her a lifeline into your Ministry... That’s a reflection on you. And it’s not a great picture you’re painting. Now we’ll no longer give you a break. We’ll up the ante #NoNewDawn #CabinetReshuffle

South Africans: We want to see new faces in the #CabinetReshuffle

I assume the appointment of Bathabile Dlamini at the ministry of women is because it’s going to be the first to be dissolved in the cabinet review. It was a ridiculous ministry from the beginning and has achieved next to nothing. Two birds, one stone. #CabinetReshuffle