I knew Cyril wasn’t taking no for an answer: Nene 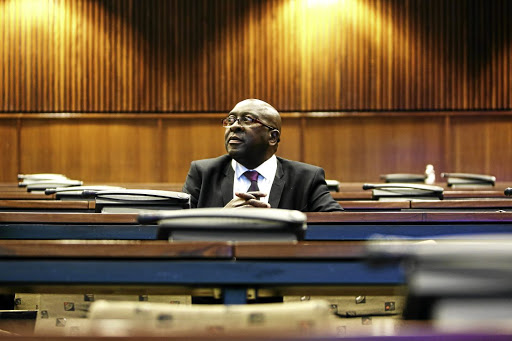 Nhlanhla Nene is set to return to the helm of the finance ministry after being sworn in as an MP on Tuesday.
Image: MOELETSI MABE

Incoming finance minister Nhlanhla Nene said his attempts to resist being sent back to the post he was unceremoniously fired from just over two years ago fell on deaf ears.

President Cyril Ramaphosa announced on Monday night that Nene was back at the helm of the national treasury‚ reversing a controversial decision made by Ramaphosa’s predecessor Jacob Zuma in 2015.

Nene said on Monday that he was surprised to get the call. “From the onset I knew that the President had made up his mind and it would not change‚” Nene told TimesLIVE.

He said he tried to resist‚ but it was very clear that Ramaposa would not take no for an answer.

“I tried to resist a little‚ but I knew. He had made up his mind‚” Nene said.

After being fired by Zuma‚ Nene went into business. In January‚ he turned down the position of Eskom board chair.

“It is definitely a tall task ahead‚” he said of having to try steer South Africa’s economy through turbulent waters.

But‚ Nene conceded‚ he was familiar with the department and was looking forward to his return to the national treasury. He confirmed that he was preparing to travel to Cape Town on Tuesday to be sworn in as an MP.

Given his new role and possible conflicts of interest‚ Nene would have to resign as a non-executive director on the board of Allan Gray‚ as the resident advisor for Thebe Investment Corporation and as chairperson of new Cape Town-based investment firm Arise.

Nene was first appointed to treasury as deputy minister in 2008 by then president Kgalema Motlanthe. He served as finance minister for two years from 2014.

His reappointment by Ramaphosa was widely welcomed.

DA leader Mmusi Maimane‚ who was among those who welcomed the appointment‚ said: “Nene’s first action as finance minister must be to reverse the increase in VAT and transport levies‚ and introduce a range of spending cuts to plug the deficit in our public finances.”

Ten ministers and three deputies who served under former president Jacob Zuma have been axed.
Politics
4 years ago

David Mabuza has been named the new deputy president of South Africa as President Cyril Ramaphosa announced changes to his national executive on ...
Politics
4 years ago