The poor are not protected from VAT - DA 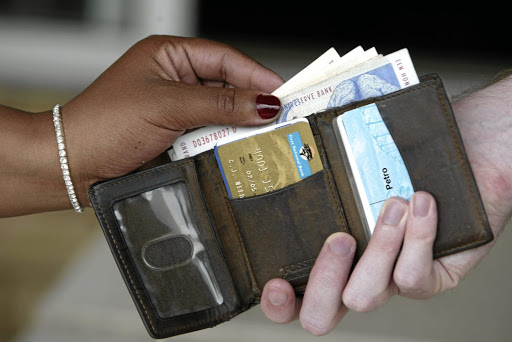 The DA says that the R410 child grant is not sustainable
Image: Supplied

The Democratic Alliance says the claim by former finance minister Malusi Gigaba that the poor will be protected from the VAT increase is “untrue”.

The DA’s shadow minister of social development Bridget Masango went shopping in Tembisa in Ekurhuleni‚ on Tuesday to determine if the R410 child grant would be enough to cover basic food costs.

“The DA showed that the R410 child grant is not sustainable‚ as we were only able to buy some items‚ including‚ 1kg chicken‚ 5kg maize meal‚ 250g tea‚ 2 packets of soup‚ 2.5kg sugar‚ 2.5kg cake flour‚ 2l cooking oil‚ 2kg rice‚ 2 cans pilchards‚ 2 of mixed vegetables‚ 2.5kg samp and 1kg brown beans. This is not even enough to fill young tummies for a month‚ let alone fill a trolley‚ and it excluded some basic essentials children need‚” Masango said on Tuesday.

In his budget presented on February 21‚ Gigaba announced an increase in VAT from 14% to 15%.

Gigaba said it was decided that increasing VAT was unavoidable if the government was to maintain the integrity of public finances. He added that “the current zero-rating of basic food items such as maize meal‚ brown bread‚ dried beans and rice will limit the impact on the poorest households”.

He then announced upward adjustments of social grants above inflation to “partially cover” for the proposed increase in VAT.

The DA has criticised President Cyril Ramaphosa’s cabinet reshuffle‚ saying he had put the ANC first.
Politics
3 years ago

These adjustments‚ Gigaba said‚ resulted in social protection spending increasing by 7.9 per cent per year‚ “much above inflation”.

But Masango argues that the child support grant is used for more than just food.

“The reality is that in many cases‚ the child support grant is not only needed to fill a child’s basic dietary needs alone but is also used to fund transport fees‚ school expenses‚ clothing and other household essentials. South Africa’s child malnutrition level currently stands at an alarming 27% and every day four children die due to severe acute malnutrition-related causes.

“Our social services require urgent intervention and that would require decisive leadership from the new Minister of Social Development‚ Susan Shabangu. Currently‚ there is still a lot of chaos and confusion regarding the distribution of social grants‚” said Masango said.