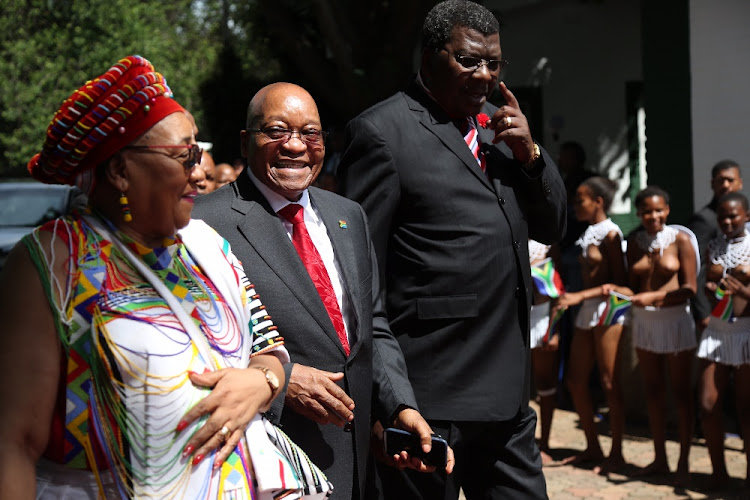 Former president Jacob Zuma made a surprise appearance at the opening of the KwaZulu-Natal legislature in Pietermaritzburg on Tuesday.

Zuma‚ who resigned from the country's highest office on February 14‚ arrived to ululation and loud applause from Zulu maidens resplendent in colourful traditional attire‚ who had formed a guard of honour in anticipation of Zulu monarch King Goodwill Zwelithini.

The king will officially open the provincial legislature on Tuesday before Premier Willies Mchunu delivers his state of the province address on Wednesday.

Zuma was visiting KZN for a few days after he was recalled by the ANC recently. However‚ he is still going to return to Pretoria‚ as he has been give some time to pack his belongings before retiring to Nkandla.

President Cyril Ramaphosa's rejigged cabinet has been celebrated by some and scorned by others.
Politics
4 years ago

His appearance at the KZN legislature is his third public outing after his removal from office. His first appearance was during his farewell party at the Union Buildings‚ hosted by President Cyril Ramaphosa. His second was on Saturday when he addressed pupils at Bizimali High School in Nkandla. Bizimali was one of the three best-performing schools in his rural hometown in last year's matric exams.

Zuma was all smiles as he greeted politicians‚ visitors and journalists at the official opening of the legislature at the Royal Agricultural Showgrounds.

Shortly after Zuma's arrival‚ the brass brand took position in anticipation of the Zulu monarch‚ who will be the keynote speaker for the day.

A colourful cowhide was placed over the red carpet for His Majesty to walk on while amabutho (regiments) sang traditional amahubo (hymns) in respect of the king.

Former president Jacob Zuma made a surprise appearance at the opening of the KwaZulu-Natal legislature in Pietermaritzburg on Tuesday, February 27 2018.