Mabuza: They don't like me because I'm a village boy 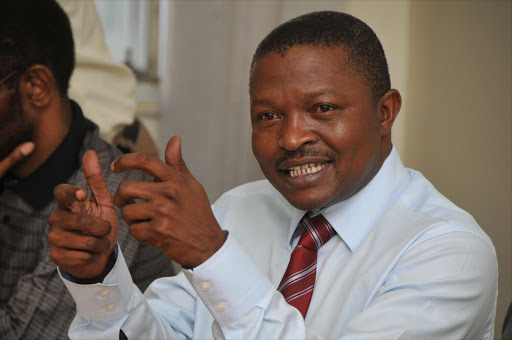 Newly appointed Deputy President David Mabuza has lashed out at those questioning his suitability for the position‚ saying his name is being smeared because people don't want to be led "by a village boy".

Mabuza has for years faced allegations of being involved in the political killings of his opponents in his home province but he has never been charged by law enforcement agencies.

"These smear campaigns started in 2009‚ the moment I became premier, because people did not expect a village boy becoming premier‚ they would not accept it‚" he told journalists.

"Since 2009‚ it's now 2018‚ nine years later‚ they are still talking about this thing and now I'm deputy president‚ probably you'll talk about these things until I die."

A buoyant Mabuza said his political detractors started embarking on a smear campaign against him in 2009 as an attempt to prevent him from becoming the premier of Mpumalanga‚ a position he went on to occupy later that year up until this week.

Mabuza's promotion an indication of a bigger problem - DA

The Democratic Alliance in Mpumalanga has lamented the appointment of former premier of the province David Mabuza as the new deputy president of the ...
Politics
3 years ago

Mabuza's credibility once again came under the spotlight this week after President Cyril Ramaphosa appointed him as his deputy on Monday‚ with opposition parties claiming this did not augur well for the ANC's self-correction campaign.

Mabuza said he wondered why his opponents kept repeating the allegations against him‚ yet they were not prepared to open criminal charges.

"No one wants to step forward and say‚ 'I've seen DD Mabuza committing this and this‚ I'm prepared to testify in court‚'" he said after he was sworn in to the second-highest office in the land on Tuesday.

"If you choose not to report it but you talk about it‚ that means your intention is not a good intention. Probably those people who are talking about those allegations‚ they realised a certain potential in me and each tried to block my way and at times it's not always possible‚ because the truth will remain and a lie cannot be converted into a truth."

Parliament will get seven new ANC members Tuesday‚ one of which will be the new deputy president of the country.
Politics
3 years ago

Mabuza‚ known as the cat with many lives in ANC circles‚ said he was yet to meet with Ramaphosa to finalise his new responsibilities.

Nene said he was honoured to have been reinstated to cabinet by Ramaphosa. He said he would soon be holding meetings with credit rating agencies in a bid to prevent any further downgrades.

Asked to comment on the unhappiness about the increase in valued-added tax from 14 to 15 percent‚ Nene said: "There's always a storm after any tax announcement that would have an impact on the tax payer. I will look at the underlying factors that informed the decision to increase VAT‚ as opposed to other types of tax."