Some examples of political donors whose secret donations were exposed 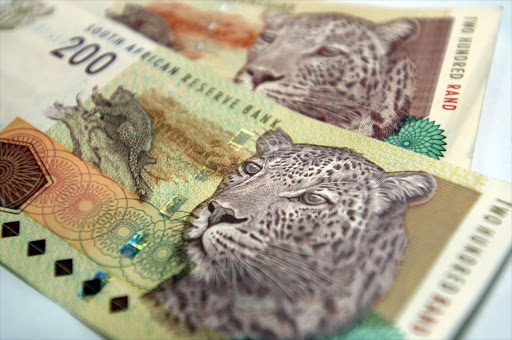 My Vote Counts on Tuesday asked the Constitutional Court to declare that the Promotion Access to Information Act was constitutionally invalid insofar as it did not allow for the recordal and disclosure of private funding information of political parties.

The organisation believes that disclosure of such information is vital to ensure that the identity of private donors is known‚ to safeguard against corruption and improper influence.

It said if a politician is elected to public office with major financial support from an individual donor or company‚ and the politician then uses his or her power to unduly benefit the donor‚ the link between the donation and reward would not pass unnoticed.

The court has reserved judgment.

Below are some of the revelations about a string of donations to political parties‚ some by controversial characters and others by corporate giants.

Self-confessed tobacco smuggler Adriano Mazzotti‚ who has been photographed at meetings with former African Union chairperson Nkosazana Dlamini-Zuma‚ showered Dlamini-Zuma with an array of election paraphernalia for her ANC presidential campaign‚ the Sunday Times reported in November last year.

Smoked out! NDZ hanging out with cigarette smuggler and gambling tycoon

In an affidavit signed by Mazzotti in 2014 it said under the headline “political funding” that his company Carnilinx had “made a R200‚000 donation towards a political party”.

The ANC investment arm Chancellor House Holdings found itself being questioned for the investment it had in Japanese multinational Hitachi’s local subsidiary Hitachi Power Africa.

Hitachi Power Africa was awarded a R20-billion contract to supply six steam generators for the Medupi Power Station in 2007.

In 2015‚ Hitachi agreed to a settlement that would require the company to pay a $19-million penalty without admitting or denying the US Securities and Exchange Commission’s (SEC’s) allegations.

The investment wing of South Africa's ruling ANC has sold its 25% stake in Hitachi Power Africa, which has controversially benefited from ...
Politics
8 years ago

The SEC claimed Hitachi sold a 25-percent stake in its South African subsidiary to Chancellor House‚ a company serving as a front for the ANC. This arrangement gave Chancellor House and the ANC the ability to share in the profits from any power station contracts that Hitachi secured‚ the SEC claimed.

Hitachi was ultimately awarded two contracts to build power stations in South Africa and paid the ANC’s front company approximately $5-million in “dividends” based on profits derived from the contracts‚ the SCE complaint said.

The ANC denied any involvement in transactions between Hitachi Power Africa and Chancellor House.

The tentacles of the Gupta family’s influence extended beyond former President Jacob Zuma and his cabinet‚ the Sunday Times reported in 2011.

Bantu Holomisa‚ leader of the United Democratic Movement‚ confirmed the party had received donations from the Guptas.

State capture and the looting of state resources are an “insult” to Nelson Mandela’s legacy‚ says UDM leader Bantu Holomisa.
Politics
4 years ago

Holomisa admitted to receiving R100‚000 but the DA refused to confirm or deny receiving funding — saying it was party policy not to disclose the identity of its donors.

The DA has admitted in the past to receiving a R500‚000 donation from shady German businessman Jurgen Harksen.

The late Sandi Majali‚ an oil trader and CEO of Imvume Management‚ a company that was at the centre of an Oilgate scandal .

His controversial business dealings came under scrutiny after the Mail & Guardian newspaper revealed that his company had made an R11-million donation to the ANC‚ after winning a state oil tender‚ ahead of the 2004 elections.

In a startling letter addressed to ANC leaders before he died, Oilgate kingpin Sandi Majali spells out his frustration at being left out in the cold ...
News
10 years ago

Imvume made the donation to the ANC within four days of receiving the payment from PetroSA. In 2005‚ Public Protector Lawrence Mushwana found that PetroSA’s decision to pay an “advance” to Imvume was “lawful‚ well-founded and properly considered”.

The Sunday Times reported in 2017 that a company awarded nearly R2-billion in Eskom tenders paid R1.7-million in two instalments into a bank account associated with the ANC. One of the payments was made three days before the ruling party’s January 8 birthday bash in 2017 at Orlando Stadium in Soweto.

“The payments shine a spotlight on the murky issue of how political parties secure funding‚” reported the Sunday Times. A senior ANC source said at the time that the payment was not unusual.

Four companies have been referred to the Competition Tribunal for prosecution‚ for alleged price fixing and tender collusion involving an Eskom ...
News
4 years ago

“A lot of people have been forced to make donations to the ANC via that ANCTG account‚ and some of them have been complaining that they don’t even get a letter of acknowledgement for their contributions after depositing money into that account.”

Then ANC spokeswoman Khusela Sangoni said‚ “As a matter of principle‚ we do not accept any donations that are proceeds of crime. We will look into the veracity of these allegations.” If such monies had been received “then we will act to rectify the situation”.

The ANC turned its nose up at a generous donation from Czech fugitive Radovan Krejcir‚ the Sunday Times reported in 2014.

Affidavits showed how Krejcir tried to worm his way into the upper echelons of the ruling party.

Cape Town police are in possession of an audio recording which they say proves a relationship between alleged Cape Town gang boss Nafiz Modack and ...
News
4 years ago

Eric Xayiya‚ a former Gauteng MEC‚ said in an affidavit that he took Krejcir’s offer of a donation for the ANC in 2009 to the party’s then secretary-general‚ Gwede Mantashe. Mantashe‚ however‚ turned down the offer. He told the Sunday Times‚ “If a donation looks suspicious‚ I say no. If it’s smelling‚ I don’t even refer it to the treasurer‚ I say: ‘Disappear’.”

Uruguayan businessman Gaston Savoi‚ who was accused of bribing government officials for tender awards‚ donated about R3.6-million to the ANC in six separate payments‚ the Sunday Times reported in 2011.

Then ANC treasurer-general Mathews Phosa told the newspaper at the time that the party would continue to accept money from donors even if they were under investigation for fraud and corruption.

“Someone who is being investigated is not guilty ... that’s what the rule of law says.”

But he said the ANC would not accept money from a known criminal.

In 2004 Standard Bank and the Liberty Group said they would donate R5-million and R1.5-million‚ respectively‚ towards funding all the parties contesting the national elections at the time.

A few days earlier‚ former president Nelson Mandela had said that insurance giant Sanlam had donated R1-million each to the ANC and the New National Party.

It also emerged at the time that the late controversial mining boss Brett Kebble had injected R500‚000 into the cash-strapped ANC Western Cape branch.