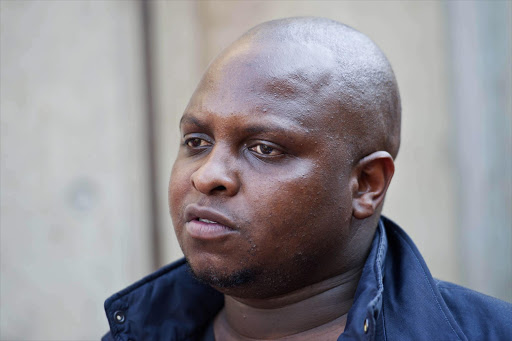 Economic Freedom Fighters (EFF) deputy president Floyd Shivambu was roasted on Twitter for manhandling a journalist and compared to an “AWB thug” on Tuesday.

While many red beret supporters were quick to tweet in his defence‚ there was also a sense of outrage at his behaviour.

Others asked sarcastically if EFF heavyweight advocate Dali Mpofu would be representing the journalist in court.

Can Adv Dali MPOFU represent the journalist manhandled by Floyd Shivambu outside parliament? 🤔

Ricky Singh was scathing in his observation of the incident:

Themba M Masango was among many who were disappointed by the fracas:

FLOYD SHIVAMBU..NO MAN! This will perpetuate the narrative that eff and it's leadership is intolerant and violent towards journalist and anybody with an opposing view. So dissapointed right now.

TheWolfKing brought some perspective: “I don’t know what transpired‚ cause we only seeing the clip but MR Shivambu what you did is very wrong‚ wrong in every aspect. MANHANDLING is an offense. If we are to build a greater South Africa that is not the way we should be handling matters. its such a shame‚ a big shame!”

Many said they would wait to hear Shivambu’s side of the story.

Since when does being a journalist grant a free-pass for insult, disrespect and general abuse?
For all we know, the holy journalist swore Floyd's mother! We do not know yet.
Until you know and understand the entire cause of this, reserve judgement for it would be from ignorance.

Floyd Shivambu of the Economic Freedom Fighters (EFF) asked Minister of Home Affairs Malusi Gigaba in parliament on Tuesday why he took offence when ...
Politics
4 years ago