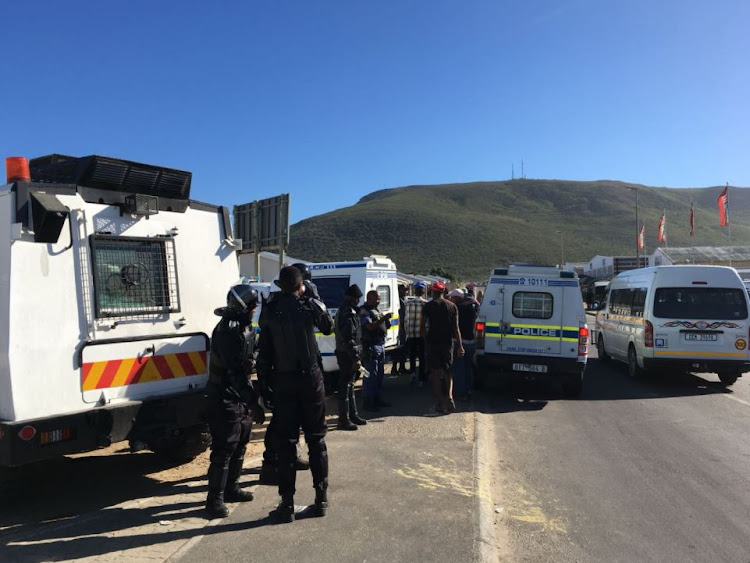 "Anarchy must not be allowed to flourish‚" ANC stalwart and current mineral resources minister Gwede Mantashe said on Tuesday‚ as he condemned violence associated with land grabs in South Africa.

He was addressing a Codesa-style land reform dialogue being hosted at the Gordon Institute of Business Science (Gibs) in Johannesburg‚ with a range of speakers attempting to discuss the controversial issue following the ANC's December pronouncements to fast track change.

“We are saying enough is enough. There is open land to build affordable houses for us.”
News
3 years ago

Mantashe said‚ "We should appreciate that when we took the resolution to expropriate without compensation‚ the pressure was internal. We agreed that the land that is available is made productive. The land that is owned by the State must be the first to be made available."

"Anarchy must not be allowed to flourish. It must be dealt with and we must allow law enforcement agencies to do their work."

There have been several land grabs in and around Johannesburg - including the Waterfall area - and Tshwane with authorities trying their best to stop people from illegally building shacks on unoccupied parcels of land. And in the Western Cape‚ police have been battling a violent backlash after a thwarted land grab over the weekend at Hermanus.

Mantashe welcomed debate on land reform policy‚ saying: "As we forge ahead‚ we should talk to each other‚ we should engage‚ listen and understand each other."

Parliament’s portfolio committee on police has condemned the torching of a police station and the killing of a police officer‚ saying such acts ...
News
3 years ago

"Land expropriation is not a policy to drive whites to the sea. It is about fair distribution of land and to give people access to land."

". . . As we debate‚ we must touch the emotional aspects of land dispossession. If we don't‚ we will not heal the wounds of the past.

"When you restore land‚ you are not expropriating but restoring people's dignity through access to land."

He reiterated the party's view that government interventions on land reform must not cause harm to other sectors of the economy.

"We must ensure that we do not undermine future investment in the economy‚ or damage agricultural production and food security‚" he said.

A meeting between protesting residents‚ the Overstrand Municipality and the police was held on Monday evening to try address the volatile situation ...
News
3 years ago

However‚ expropriation of land without compensation should be among the key mechanisms available to give effect to land reform and redistribution.

". . . We must deal with greed without being soft. Greed is dangerous. You must understand that people are hungry for land and they must access it."

Debate on land shouldn't start with the 1913 Land Act‚ he said.

"You can't talk land redistribution without talking to the wars of dispossession.

". . .We must be able to trace the movement of boundaries because they were results of wars."

Residents of Zwelihle in Hermanus demand that their call for land and housing be heeded, otherwise they will cause havoc. The residents took to the streets on Monday March 26 2018, in a protest th...