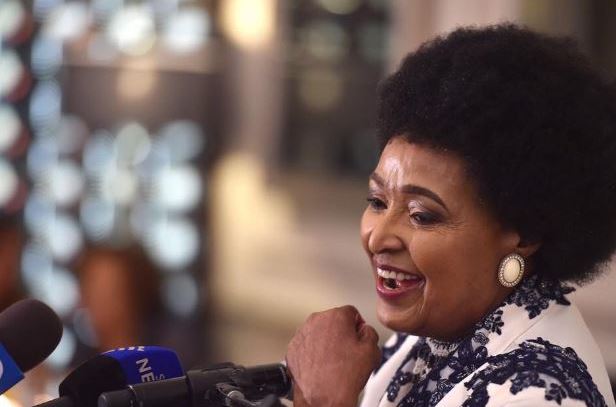 Former president Jacob Zuma says the country has lost one of its pillars and strong leader in Winnie Madikizela-Mandela.

Speaking at Mama Winnie’s home in Orlando West‚ Soweto‚ on Wednesday‚ Zuma said he was shocked at learning that the mother of the nation was gone.

“I was shocked because she would go to the hospital and come out. It had become a comforting thing that whenever she went . . . she would come back. It was a big shock. It was not just a shock to me and my family but to everyone . . . It was too sudden.

“. . . Not just a mother to the family but a mother to the organisation‚ the ANC‚ and a mother to the nation. One of our pillars has fallen . . . She was a leader‚ recognised not just within the ANC but the country and by the world. Not because she was a wife of our leader‚ our icon Nelson Mandela‚ but because in her own name and right‚ she made a contribution to our struggle‚” Zuma said.

Born Nomzamo Winifred‚ Madikizela-Mandela died on Monday at the age of 81 at the Netcare Milpark Hospital in Johannesburg. She died after a long illness‚ for which she had been in and out of hospital since the start of the year.

'Her life was and is always about defiance'

In the coming days, the ANC and South Africa will grapple with how to fittingly commemorate the life and legacy of Winnie Madikizela-Mandela.
Ideas
4 years ago

“There are many who joined the Struggle because they saw her fighting with her husband in prison. She represented many of the mothers who had their husbands in prisons or in exile whose names are not known‚ some will never be known. She represented that type of citizen in our country . . . She could not be confused by anything. She was a mother of many. We have lost a mother‚ a leader‚ a comrade‚ a cadre of a special type. No one can doubt her contribution‚ that she did shorten the distance to our final day of liberation. To us‚ it is a big loss‚” (sic) said Zuma.

He added that Mama Winnie had seen it all during her fight against apartheid.

“She had been detained‚ tortured‚ exiled within the country‚ harassed perpetually - but she stood because she knew she was a leader‚ she must be (held up as) exemplary in her efforts to fight for our freedom.”

Madikizela-Mandela’s legacy will continue to serve as a beacon of strength for the nation: Graca Machel

Winnie Madikizela-Mandela’s legacy will serve as a beacon from which the nation can continue to draw guidance and strength during difficult times‚ ...
Politics
4 years ago

Madikizela-Mandela to be given a special official funeral

The late struggle icon Winnie Madikizela-Mandela will be honoured with a Special Official Funeral Category 1 funeral‚ the Presidency confirmed in a ...
Politics
4 years ago

We were not brave enough to make Mam’ Winnie president: Bathabile Dlamini

The leader of the ANC Women’s League Bathabile Dlamini says the late struggle icon Winnie Madikizela-Mandela was good enough to be the president of ...
Politics
4 years ago

Economic Freedom Fighters leader Julius Malema says the late Winnie Madikizela-Mandela should have been president of the country but forces within ...
Politics
4 years ago