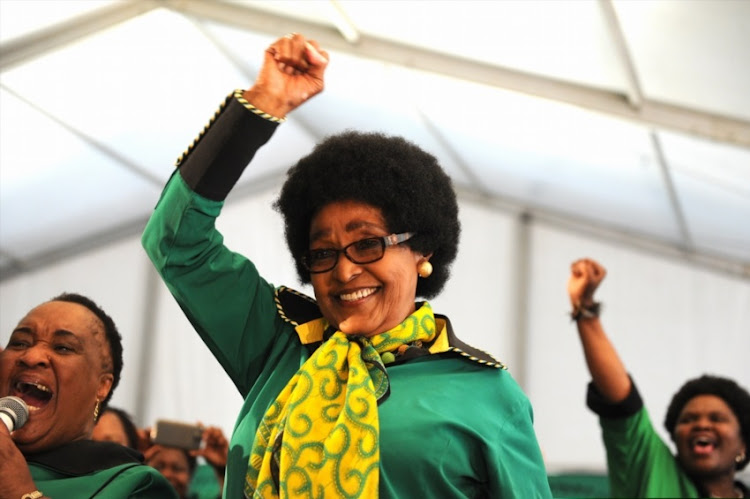 Speaking at Luthuli House in Johannesburg‚ Magashule said Madikizela-Mandela’s death was a national tragedy that had “gripped the nation with shock and sadness”.

“It is indeed a national tragedy‚ albeit‚ inevitable in that those we hold in high esteem may not be with us physically forever. However‚ their legacy and footprints continue to remind us of their eternal presence amongst us.”

The ANC will provide 15 buses in Soweto to transport its members and supporters to Winnie Madikizela-Mandela’s home on Thursday.
Politics
4 years ago

Magashule described Madikizela-Mandela as the “mother of the nation”.

Madikizela-Mandela died on Monday at the age of 81 at the Netcare Milpark Hospital in Johannesburg after a long illness‚ due to which she had been in and out of hospital since the start of the year. She succumbed peacefully in the early hours of Monday afternoon surrounded by her family and loved ones‚ the family said in an official statement.

Here is the party’s programme:

Day one - Thursday‚ April 5 - The ANC National Executive Committee (NEC) will visit the family in Soweto; - A tribute book will be opened to the public to write messages at the party’s 53 regional offices; and - Solomon Mahlangu Bursary Gala Dinner will be held at Freedom Park in Pretoria.

Lebani Sirenje stood on the side of the road - away from all the cameras and the crowd. In his left hand he held a copy of the Daily Sun with a ...
Politics
4 years ago

Day two - Friday‚ April 6 - Solomon Mahlangu Day which will see visits to the gallows at the Kgoši Mampuru II correctional services in Pretoria; - Lay wreaths at the graveyard and lunch at the Mahlangu Home culminating in the Solomon Mahlangu Memorial Lecture; - The ANC Veterans League will visit Madikizela-Mandela’s house in Soweto; and - All Black Night at the Newton Music factory (formerly Baseline) in Johannesburg to celebrate Madikizela-Mandela.

Day three - Saturday‚ April 7 - ANC volunteers will work at an identified hospice in Soweto; and - Wall murals depicting the life and times and struggles led by Mama Winnie Madikizela-Mandela will be unveiled.

Day five - Monday‚ April 9 - Tribute wall will be unveiled outside Luthuli House; and - Two ANC memorial services will be held at the Standard Bank Arena in Johannesburg and Bizana in the Eastern Cape.

As it stands‚ house number 802 with its dilapidated walls‚ peeling paint and broken windows reflects the horrible times experienced by struggle ...
Politics
4 years ago

While the late Winnie Madikizela-Mandela was never afraid to speak her mind, she often made bold statements with her sartorial choices too.
Lifestyle
4 years ago

Former president Jacob Zuma says the country has lost one of its pillars and strong leader in Winnie Madikizela-Mandela.
Politics
4 years ago

Mama Winnie‚ like Princess Diana‚ did not need a formal role: Tokyo Sexwale

Former Gauteng premier Tokyo Sexwale says the late Winnie Madikizela-Mandela may not have been destined to be president of the country and the ANC‚ ...
Politics
4 years ago