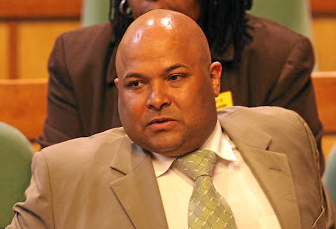 State Security Agency Director General Arthur Fraser set up a network of agents that could have wasted up to R1-billion of taxpayers' money‚ according to investigative journalist Jacques Pauw.

Fraser’s project was exposed in Pauw’s book‚ The President's Keepers.

The revelations could well form part of an investigation into the spy boss by the Inspector-General of Intelligence‚ Dr Setlhomamaru Dintwe‚ who accused Fraser on Wednesday of threatening him and using underhanded tactics to block the probe.

Pauw wrote about Fraser’s “rogue spy network” in the Sunday Times‚ revealing that when former President Jacob Zuma appointed him he ignored two official reports that were a devastating indictment of Fraser's leadership of a “wasteful‚ fraudulent and abortive agents' programme”.

Former inspector-general of intelligence Advocate Faith Radebe investigated the Principal Agent Network (PAN)‚ set up by Fraser in the late 2000s when he was the deputy director-general of operations at the State Security Agency (SSA). She found that members of the network “were tasked to conduct illegal activities without securing proper authorisation.” Despite recommending further investigation‚ Fraser was appointed director-general of the SSA.

Fraser's PAN project was exposed in The President's Keepers‚ in which it was claimed that up to R1-billion of taxpayers' money was wasted on the project. Fraser allegedly used the network to benefit several of his relatives.

The Inspector-General of Intelligence has accused State Security Agency director-general Arthur Fraser of threatening him and trying to block an ...
News
3 years ago

The network‚ for example‚ purchased 293 vehicles for their 72 agents‚ according to the book‚ which were stored in a R24-million deal with a private company belonging to a relative of Fraser. Relatives were allegedly also employed in other roles. The network also allegedly purchased imported state-of-the-art surveillance vans from the British-based Gamma Group for an amount of R45.7-million.

The book described how “enormous amounts of cash - up to R10-million at a time - were delivered to the PAN offices on a regular basis. Packets of money were wrapped in tinfoil and packed in bags.”

Fraser’s family demanded a retraction of the book‚ saying that it had “unjustly” accused them of “criminal activity”. They said that Pauw had committed “the classic journalistic deception of not allowing facts to get in the way of a good story” in his book.

“Arthur Fraser was bulletproof. This was because he had probably saved Jacob Zuma from prosecution and thereby enabled the ANC leader to ascend to the highest office in the land‚” said an extract from the book.

A search and seizure warrant obtained by anti-terrorism police shows authorities believe that Jacques Pauw, author of the bestselling book The ...
News
3 years ago

Media Monitoring Africa has set up a fund to assist journalist Jacques Pauw with his legal battles.
News
4 years ago