ANC disowned Zuma like they did Winnie‚ says bishop 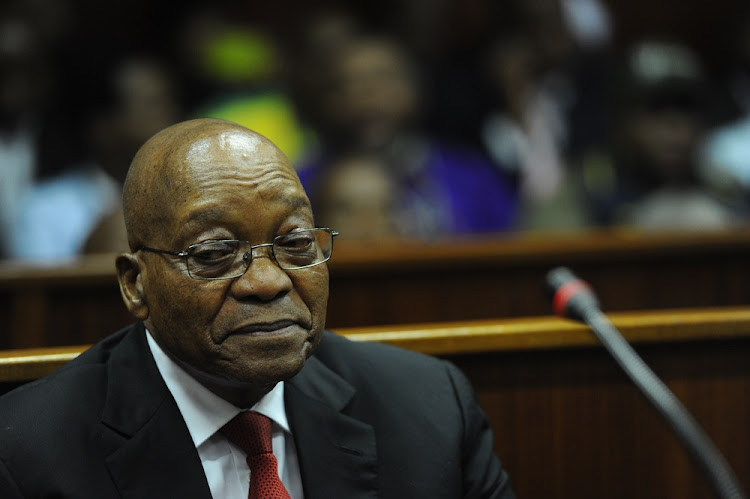 Bishop Timothy Ngcobo made the remarks ahead of a memorial to be held for the icon in Durban on Thursday. The service is co-hosted by the National Interfaith Council of South Africa (Nicsa) of which Ngcobo is the provincial secretary.

Ngcobo had led a protest march in Durban last Friday‚ ahead of Zuma's appearance in the High Court on graft charges. He described Madikizela-Mandela as a “friend‚ mother‚ comrade‚ advocate of the poor‚ voice of the voiceless and an inspiration to all the people of South Africa in different levels of life.”

He said South Africa and the ANC owed Madikizela-Mandela a “big apology” for not providing her with the necessary protection when she appeared before the Truth and Reconciliation Commission in 1997 amid allegations of murder.

“Today we experience the same with former president Jacob Zuma‚ where his own organisation disowned him with allegations of charges of the arms deal during a time when he was MEC of KwaZulu-Natal‚” Ngcobo said.

Former public protector Thuli Madonsela was among those who wished ex-president Jacob Zuma a happy birthday on Thursday.
Politics
4 years ago

The 12 senior officials from the Department of Public Works who were facing a disciplinary hearing relating to the controversial R246-million ...
News
4 years ago

He accused the ANC of failing to defend Zuma “like they failed to support mama Winnie during the TRC.”

“The ANC makes us believe in moral regeneration and social cohesion‚ which is good for our society‚ and they also made us forgive whites who killed our brothers and sisters during apartheid but fail to apply it on their comrades. Zimbabwe never prosecuted its former president‚” he said.

Thursday’s memorial service will take place in the Moses Mabhida People’s Park in Durban. It was initially scheduled to be held separately by the ANC‚ eThekwini Municipality and by Nicsa and the Commission on Religious Affairs in KwaZulu-Natal‚ but the parties decided to collaborate and host the memorial service together.

ANC deputy secretary general Jessie Duarte will replace Deputy President David Mabuza‚ who was initially billed to speak at the event but has since been deployed elsewhere by President Cyril Ramaphosa.

An invitation was also sent out by religious leaders to former president Jacob Zuma‚ who is celebrating his 76th birthday on Thursday.

Madikizela-Mandela‚ who will be buried at the Fourways Memorial Park Cemetery on Saturday‚ died on Monday last week at the Netcare Milpark Hospital in Johannesburg after a long illness.

Condolences books have been opened at the Durban City Hall Church Square entrance as well as in the KwaZulu-Natal legislature in Pietermaritzburg.

South Africa’s new President, Cyril Ramaphosa, seems to have a lot going for him.
Business Times
4 years ago

WATCH | Guns out as ANC meeting ends in tense standoff

Weapons were drawn as a meeting of ANC leaders in Howick in the KwaZulu-Natal Midlands descended into chaos on Monday.
Politics
4 years ago