The case relates to Malema's On-Point Engineering in Limpopo‚ involving work for the roads department.

In 2012‚ former Public Protector Thuli Madonsela was hard-hitting about Malema's involvement in the lucrative roads and bridges tender‚ saying he improperly benefited from the Limpopo government contract.

"Our primary question was: Did Malema benefit? We are saying 'yes' - an emphatic yes‚" she said at the time.

The report was the result of investigations launched the previous year after Madonsela received complaints about the awarding of a multimillion-rand tender to On-Point Engineering‚ a company from which Malema subsequently resigned as a director.

Madonsela said her evidence was to be handed to the state agencies - including the Hawks. 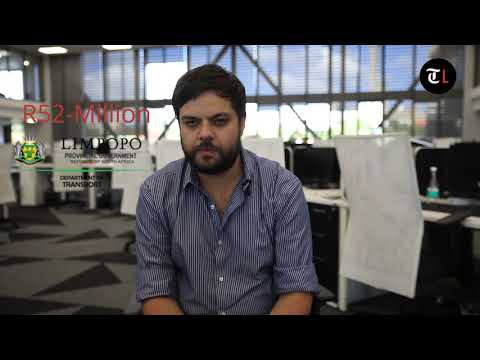 The Limpopo department of roads and transport paid R43-million to On-Point and Madonsela found that:

- Five days after one of the alleged "kickbacks" to the trust was made‚ R1-million was withdrawn and paid towards the purchase of a farm;

- There was evidence that the trust "was probably used as a vehicle for the transfer of funds obtained through an unlawful process".

Our primary question was: Did Malema benefit? We are saying 'yes' - an emphatic yes

Madonsela found that Malema used his political position to influence the awarding of the tender that benefited his trust.

Madonsela also found a series of contraventions of Treasury regulations by the Limpopo government.

"The awarding of the tender to On-Point by the department was unlawful‚ improper and constituted maladministration‚" she said.

Madonsela's report - On the Point of Tenders - found that guidelines for the awarding of tenders were ignored and called the way in which they were awarded "mind-boggling".

She said that‚ despite stark differences between the bid document and On-Point's tax clearance certificate‚ the company was not disqualified from tendering.

The tax certificate was from a five-month-old shelf company.

AfriForum‚ when asked why it was targeting figures like Julius Malema and Duduzane Zuma‚ says it is true they are taking on high profile cases with a political link. But there's a reason.

The organisation's Kallie Kriel told a news conference in Centurion they were only entitled to bring private prosecutions in matters where the state's National Prosecuting Authority decided not to bring cases to court. And if they found it politically difficult to proceed‚ then AfriForum would attempt to step in.

"If the NPA doesn't do their job‚ then we have to intervene in these matters."