'Why we chose Obama to honour Madiba' 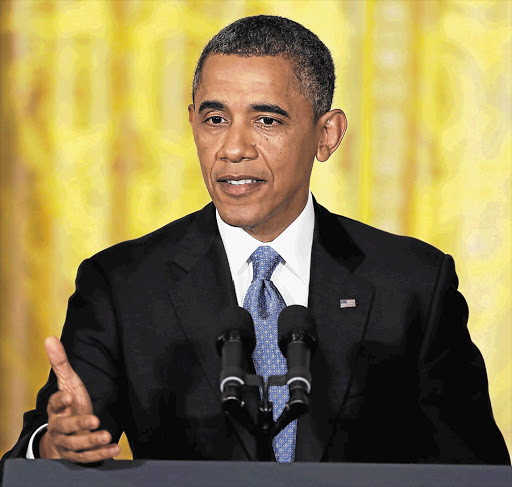 The Obama announcement was made by the Nelson Mandela Foundation at Constitution Hill in Johannesburg on Monday morning. Obama will deliver the lecture on July 17 at the Ellis Park Arena in Johannesburg‚ a day before Madiba's birthday‚ which has been named Nelson Mandela Day by the United Nations.

Nelson Mandela Foundation CEO Sello Hatang said the theme for this year was developed in recognition of the death of Winnie Madikizela-Mandela. The theme is around renewing the Mandela legacy and promoting active citizenship in a changing world.

Hatang said the foundation has had 15 lectures before and all those who have delivered have been invited‚ most of whom would be coming.

“This year we thought: who can best represent the legacy of Madiba than the person whom we believe took on the baton when he became president of his own country…Who can respond to the challenge? We then kept on asking ourselves who would be able to deal with issues of democracy in a world that is ravaged by corruption‚ and it is the very thing that he was trying to fight against‚” Hatang explained.

Seven previous speakers at the annual lecture were Nobel peace laureates. Hatang also announced a variety of events scheduled to mark the Nelson Mandela centenary across the globe. Among these is the launch of a new book on Mandela‚ the Africa Music Festival‚ and Shave to Remember‚ which will encourage people to sport Mandela's trade mark hairstyle on April 22.

South Africans voluntarily lending their hands through crochet and knitting for the 67 Blankets for Nelson Mandela Day project are on the cusp of ...
News
3 years ago

There will also be Mandela Fridays on which the public will be encouraged to wear a specific T-shirt inscribed with Madiba's values. The SA Reserve Bank will also launch a 2018 commemorative note for Madiba and there will be Mandela legacy concerts in Portugal‚ Germany and London.

The foundation also wants to build 100 libraries this year. Absa has committed to building 90.