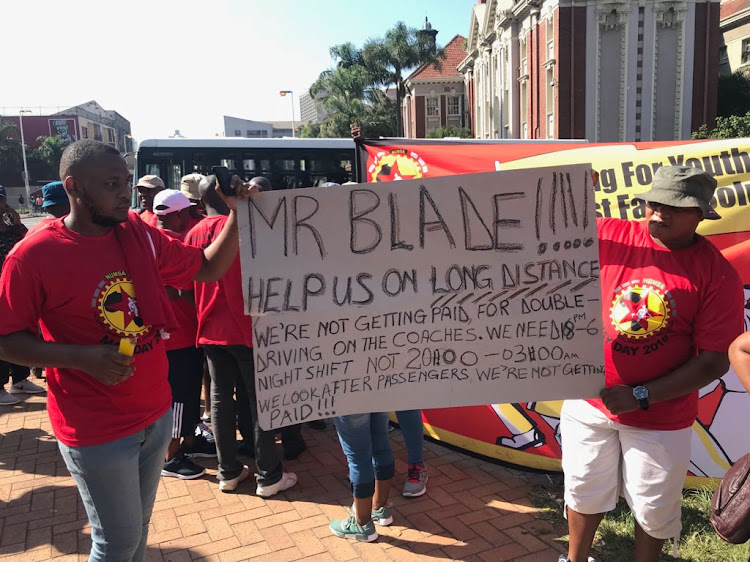 About a thousand members of the South African Federation of Trade Unions (Saftu) in Durban have heeded the call to join a general strike against the introduction of the national minimum wage.

The singing and toyi-toying protesters gathered at the King Dinizulu park under the watchful eye of police as they prepared to march to the Department of Labour's office in the city.

They mocked former president Jacob Zuma by singing: "Jacob Zuma siyabuza‚ ubani owabulala abasenzi eMarikana?" (Jacob Zuma we are asking‚ who killed workers in Marikana?) and scorned President Cyril Ramaphosa for the R20 minimum wage per hour. They also poked fun at Ramaphosa‚ saying if they were not united against the minimum wage he was going to buy another buffalo.

In November‚ the government approved the national minimum wage of R20 per hour‚ or R3 500 a month‚ to be implemented on May 1. But Saftu is demanding a R12 500 minimum wage.

Saftu secretary-general Zwelinzima Vavi told the SABC that by ignoring worker's rights the government is entrenching poverty in the country.

"Why can't this government afford R12 500 when it pays the CEOs and executives so much more‚ in millions? We want to bridge the gap. They are entrenching poverty‚ they are saying it's okay for others to [be able to] afford to live in Sandton and others to be trapped in Alexandra where there's squalor‚ where there is crime‚ where there is hopelessness‚ where there is homelessness."

But Labour minister Mildred Oliphant accused Saftu of misleading the workers‚ saying they were part of the negotiations which reached an agreement on the minimum wage.

"They were part and parcel of the negotiations that reached an agreement on the minimum wage. It's a national minimum wage. We are saying no workers should be paid below R20 per hour. As long as you are employed you are defined as a worker."

The protestors also shouted "voetsek" to Cosatu‚ which has called for its members to stay away from the march.

Saftu's KwaZulu-Natal convenor August Mbele told the marchers that if the government thought R3 500 was right as a minimum wage "they must first give it to themselves as ministers and as mayors". 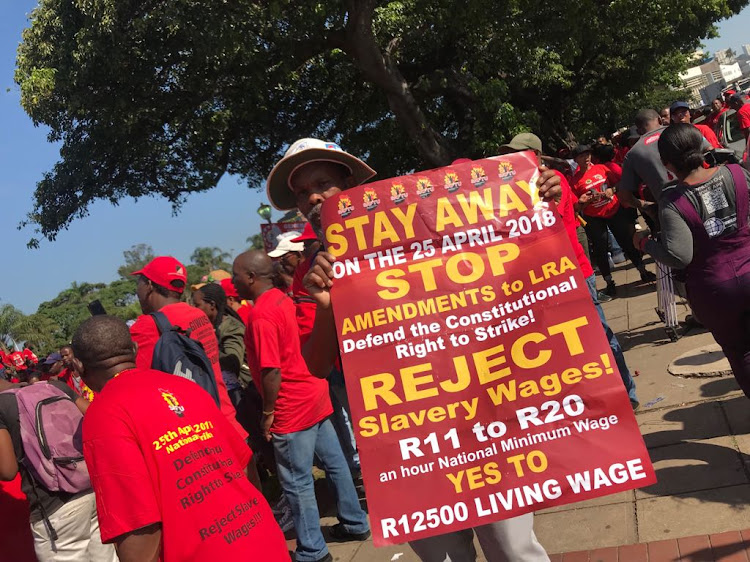 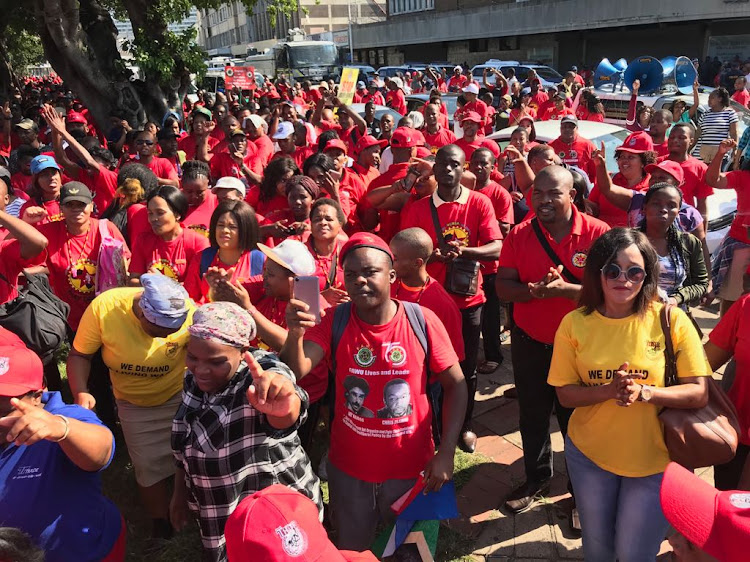 Where to assemble – or avoid - during the #SAFTUstrike

The South African Federation of Trade Unions (Saftu)‚ its affiliates and allies in civil society will gather in urban centres on Wednesday to protest ...
News
3 years ago

Joburg hit by multiple protests‚ aside from strike

The City of Johannesburg says there are protests taking place in the city that are not related to the national strike by the SA Federation of Trade ...
News
3 years ago

Bus services in Cape Town were disrupted on Thursday ahead of a union march to parliament to protest about proposed new strike laws.
News
3 years ago

The South African Federation of Trade Unions (Saftu) and its affiliated unions in the Western Cape plan to march in Cape Town on Thursday.
News
3 years ago

Despite social media posts warning schools will close due to the impending workers’ strike‚ a Western Cape official says schools across the province ...
News
3 years ago
Next Article