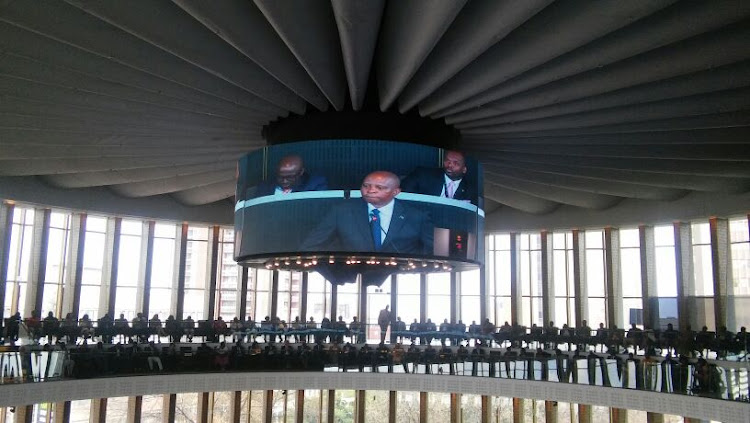 Delivering his second state of the city address‚ Mashaba said the city was on the brink of closing an investigation into the establishment of the Metropolitan Trading Company and its dealings with a company called BOT.

Mashaba said that in 2010 the city commissioned the construction‚ operation and transfer of a broadband network throughout the city.

The city of Johannesburg has experienced 170,000 power outages in the 2017/18 financial year.
News
3 years ago

"After four years of the 12-year BOT contract‚ the city decided to buy back the broadband network‚ despite having no experience or capacity to manage it. The price of this decision you may ask? R2.3-billion‚" Mashaba said.

"The city went to the extent of setting up MTC – in an attempt to justify this decision. But‚ as usual‚ what lay behind the decision was insidious corruption‚ characterised by benefiting the cadre networks."

He added that a series of companies benefited through this buy-out deal.

"And a simple search of these companies revealed no less than two national ministers listed as directors. These two ministers will be named in due course because this report is expected to be finalised in the near future‚" Mashaba said.

More than 500 arrested in connection with hijacked Johannesburg buildings

A total of 577 people have been arrested in connection with hijacked buildings in the city of Johannesburg.
News
3 years ago

The City of Johannesburg has received 35‚000 applications after it announced that it would be in-sourcing 4‚000 security personnel.
News
3 years ago

Companies are stealing us blind‚ City of Joburg initiates clampdown

One Johannesburg company stands accused of being simultaneously found in possession of stolen electricity meters‚ illegally onselling electricity to ...
Business
3 years ago