Still some problems‚ but improvement in Joburg's billing system: Mashaba 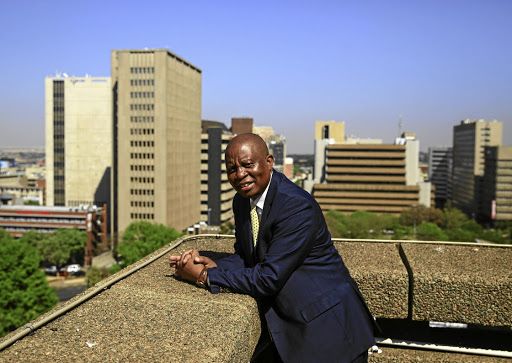 Johannesburg mayor Herman Mashaba has admitted that the city is still dealing with billing problems which it inherited from its predecessors.

Briefing the media after delivering his state of the city address‚ Mashaba said the billing problems had their roots in the corruption in the city’s finance department.

“The challenge of billing for our city is not something that started on August 23 2016. When we got into this administration‚ the level of corruption within our finance department was the highest. The highest percentage of people that are fired‚ arrested…all under the finance department‚” he said.

Mashaba added that when he realised that his first MMC of finance‚ Rabelani Dagada‚ was also involved in the corruption‚ he immediately removed him and replaced him with Funzela Ngobeni who was leading development planning.

Johannesburg property owners who have objected to the 2018 valuation roll and whose queries have not been resolved are still expected to pay their ...
Politics
4 years ago

Mashaba said there had been massive improvement in the billing system but it was not where it should be.

“Definitely‚ without any doubt‚ our billing challenges are not as bad as they were six months ago or a year ago. The MMC [of finance] is busy employing the right calibre of people in the department. The chaos in the billing department was driven by people who obviously thought that this city is an ATM without a pin code‚” Mashaba said.

Billing problems in the City of Johannesburg had existed for years under the ANC government and the council has failed to totally eliminate them. When the new DA-led administration took over in 2016‚ it was faced with the old thorny issue which it had to resolve. Mashaba introduced a programme called Buya Mthetho (bringing back the law) which dealt with people illegally connecting services or stealing water and electricity from the city.

This has begun yielding results as it saved the city R341-million which could have been lost.

Mayor of the City of Johannesburg, Herman Mashaba, is delivering his annual state of the city address on Wednesday. Watch it live here.
Politics
4 years ago

Mashaba has mandated Ngobeni to turn around the finance department and deal with issues of data cleansing as the city is losing between R7-billion and R10-billion in revenue every year due to billing issues.

He said he would be beefing up the team that was tracing people guilty of stealing services from the city.

Ngobeni told journalists that announcements would be made in a “week or two” on what the city was doing to deal with the long-standing issue.

“One of the key factors in billing is the people. We are quite aware that we need to improve in terms of customer service that our residents get when they arrive at customer service centres. We are constantly working with officials to improve their performance in that regard.

“We are also working tirelessly with our executives in the department to increase the morale of the staff that work directly with the customers. It is one issue to get an incorrect bill. But if you go and query it and get ill-treatment‚ that makes it even worse‚” Ngobeni said.