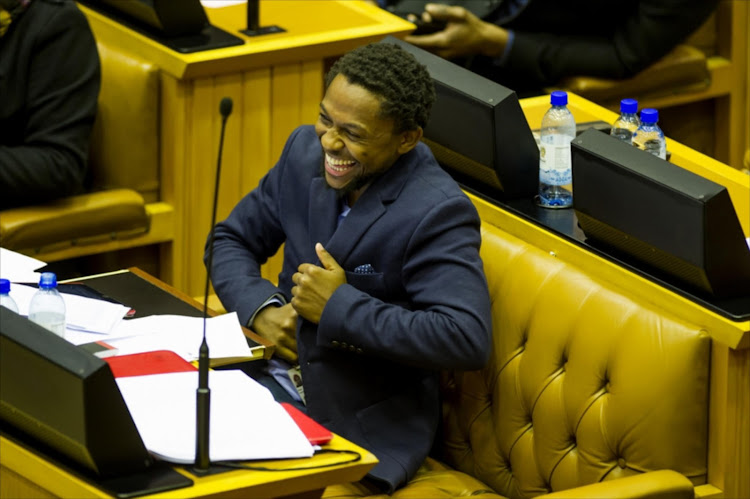 Some of the country's leading politicians will make the news in a very different way next week.

The five are used to making headlines. Mabe is well-known for taking the podium at ANC briefings‚ while Van der Merwe has made her name by asking tough questions to the likes of Bathabile Dlamini‚ so much so that the former social development minister was alarmed when she ran into Van der Merwe during a recent meeting in parliament.

Mazzone has become an outspoken critic of corruption‚ especially during a parliamentary probe into state capture. The charismatic Ndlozi‚ popularly known as The People's Bae‚ is no stranger to the camera‚ nor is veteran politician Holomisa.

The channel said the politicians would take viewers' calls and answer their questions. The announcement attracted praise and scepticism on social media.

They normally make the news, but now they'll be presenting it! Don't miss @MbuyiseniNdlozi @pulemabe @Natasha9Mazzone @BantuHolomisa @Liezl_vdMerwe anchoring the news from 14 May at 8pm on #eNCA, they'll take your calls and your questions. Watch #AsItHappens on #DStv403 pic.twitter.com/tnZvhSL1Kv