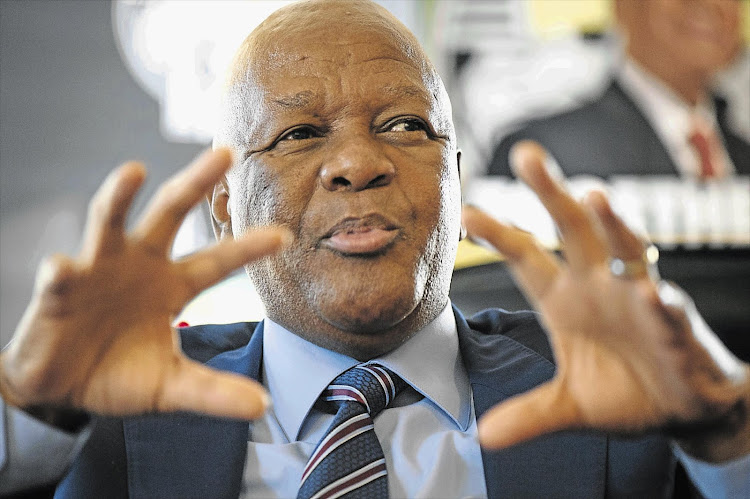 Just hours after being sworn in as acting president‚ Jeff Radebe nailed his colours to the renewable energy mast at African Utility Week on Tuesday.

Radebe was speaking at Cape Town International Convention Centre‚ where 7‚000 delegates have gathered from around the world to talk about water‚ energy and power.

The energy minister‚ who is acting president while President Cyrile Ramaphosa and Deputy President David Mabuza are out of the country‚ spoke extensively about successes in renewables and made no mention of nuclear power.

“To date we have concluded 91 projects with a capacity of 63‚000 megawatts (MW). Sixty-two of these projects have the combined capacity of 3‚800MW which already is connected to the grid‚” he said.

He told delegates South Africa had seen a “significant decline in tariffs of about 55% for wind and 76% for solar”. Around R136-billion had been invested in renewable energy‚ with another R56-billion to be spent over the next three to five years when construction of 27 renewable power projects — signed off in April — will begin.

These projects would save water‚ create 39‚000 jobs and reduce carbon dioxide emissions by 23 million tons.

Radebe said the resource plan which maps out the country’s energy mix for the next two decades would be finalised in August.

The report is seen as the litmus test for whether President Cyril Ramaphosa's government has distanced himself from the nuclear aspirations of his predecessor‚ Jacob Zuma.

Although the nuclear deals were deemed unlawful‚ there is a chance they could re-emerge. But if Radebe's speech was anything to go by‚ nuclear might finally be receding into the background.

Energy plan to get an overhaul before going back to cabinet

Energy minister Jeff Radebe has said that the integrated resource plan will be discussed before it will be re-tabled in cabinet.
Business Times
3 years ago

ANDILE KHUMALO: What's not to like about independent power production?