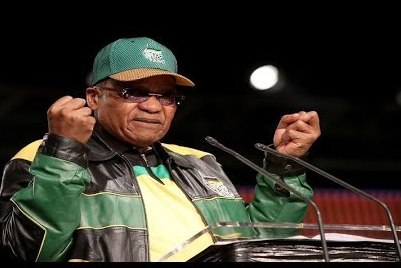 Zuma’s legal team indicated that they would challenge Abrahams’ decision on the basis that it was irrational and unlawful. But‚ at close of business on Tuesday‚ they still had not done so.
Image: Supplied

Former President Jacob Zuma has missed his own deadline to challenge the decision that he face prosecution – and questions over who’s paying his legal bills may be why.

Zuma’s as yet unexplained failure to meet Wednesday’s deadline comes as the Economic Freedom Fighters turn up the heat on his lawyers – by demanding attorney Michael Hulley be ordered to pay back millions in taxpayers’ money already spent on Zuma’s legal fees.

EFF leader Julius Malema said the party was challenging a decision by the State Attorney “to pay unlimited amounts of public money to a private attorneys’ firm to perform and procure legal and related services for a politician facing charges of corruption and other charges”.

“It has emerged that payments in excess of R32-million have been made so far‚ and more payments are expected to be made in the future‚” he added‚ later stating these payments were clearly unlawful.

Malema said it was apparent that the charges Zuma stood accused of had nothing to do with his official functions – and‚ therefore‚ he wasn’t entitled to state funding of his defence.

He further argued that Zuma’s multimillion-rand legal funding violated the principle of equality before the law‚ as ordinary people facing prosecution would never have been able to spend 12 years fighting the state with unlimited taxpayers’ money.

Former president Jacob Zuma’s self-appointed deadline for a fresh bid to keep him from facing fraud and corruption charges is set to expire on ...
Politics
2 years ago

The National Prosecuting Authority has confirmed that Zuma’s lawyers did not meet their own deadline to file a review of National Director of Public Prosecutions Shaun Abrahams’ decision to pursue the corruption case against the former President.

Zuma’s legal team indicated that they would challenge Abrahams’ decision on the basis that it was irrational and unlawful. But‚ at close of business on Tuesday‚ they still had not done so.

Malema said the EFF had decided to go to court to block Zuma’s continued legal funding after hearing about his planned challenge to the decision to prosecute him – and questioning “how Mr Zuma (who has been unemployed since 14 February 2018) would be able to afford another course of litigation‚ in which he would risk not only being defeated but also directed to pay the NDPP’s costs (which I am advised is the likely outcome)”.

Upon confirming that Zuma’s legal fees were to be covered by the State – under the terms of a 2006 deal in which he had agreed to pay back the money spent if he was found guilty – Malema said the EFF had sought a guarantee that Zuma would be able to make such a refund. The State Attorney refused to provide such a guarantee. The EFF is now seeking an order that both Zuma and Hulley pay back the money spent on the former president’s legal costs within six months – plus interest.

The Democratic Alliance has already launched a review of the 2006 decision to fund Zuma’s defence against the corruption case‚ and want him to be ordered to pay back what has already been spent on his so-called Stalingrad legal campaign to avoid prosecution.

The state spent over R15-million funding Zuma’s unsuccessful bid to defend the NPA’s 2009 withdrawal of all the charges against him.

After eight years of legal battles‚ his lawyers admitted in the Appeal Court that the NPA’s decision was legally indefensible.

If the legal woes of former president Jacob Zuma were taking their toll it wasn’t showing as he shrugged off his detractors on Friday.
Politics
3 years ago

Zuma to get his day in court

Zuma should think back to Thabo Mbeki and give us a farewell speech on Thursday, not a state of the nation address
Opinion & Analysis
3 years ago

Friends, advisors and rogues: who does Zuma turn to for advice?

The spectacular bungling of the axing of Nhlanhla Nene and his ill-fated replacement by the unknown David van Rooyen raises the question many have ...
News
5 years ago

No need to pay back Nkandla money: Zuma

President Jacob Zuma frustrated the opposition when he finally returned to the National Assembly on Wednesday to face their questions on the Nkandla ...
Politics
6 years ago
Next Article