Edward Zuma to apologise and cough up R60,000 for hate speech 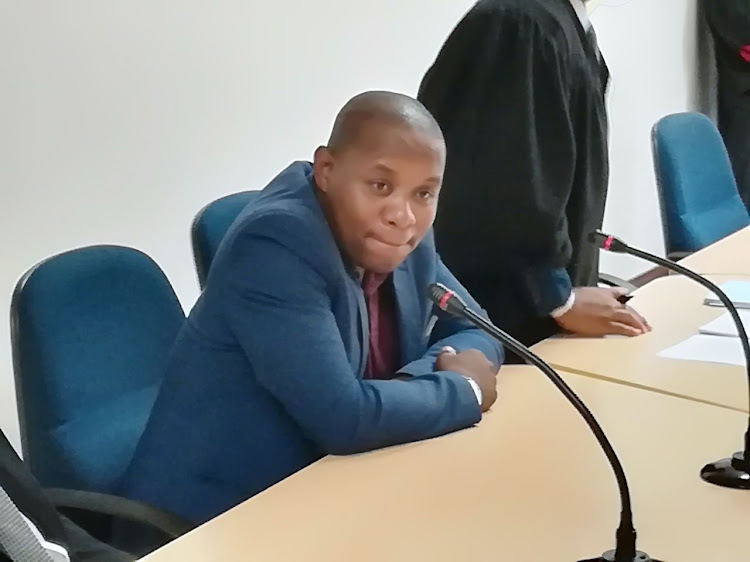 Edward Zuma made a brief appearance in the Durban Equality Court on May 22 2018.
Image: NIVASHNI NAIR

Edward Zuma has seven days to apologise to the South African public and pay two schools R30,000 each for hate speech he directed against Derek Hanekom and Pravin Gordhan.

The South African Human Rights Commission applied to the Durban Equality Court last year to find Zuma guilty of hate speech and fined him R100,000 for an open letter to the pair.

In the letter Zuma described Gordhan and Hanekom as an "anti-majoritarian sell-out minority in the ANC who have brazenly and unabashedly spoken out against [then-president] Zuma on various white-monopoly media platforms”.

He stated Gordhan was one of the most corrupt cadres who‚ like Gandhi‚ “sees black South Africans as low-class [curse]” while Hanekom was a "white askari who will do anything to be an obstacle to radical economic transformation and to defend white monopoly privileges."

The commission submitted that Zuma's utterances painted the pair as proponents of white minority privilege and opponents of socio-economic transformation.

Edward Zuma has hit out at Police Minister Bheki Cele‚ insisting that nothing would stop him from wearing his ANC colours at the court appearance of ...
Politics
3 years ago

Edward Zuma's response to an allegation against him before the Equality Court shows he lacks an understanding of hate speech.
Politics
3 years ago

On Tuesday the commission and Zuma‚ a son of the former president‚ reached a settlement.

The conditions include that he submit a written apology to the public to the commission within seven days of the agreement. The commission will then publish the apology.

The commission requested that Zuma pay R60,000 to the Umthombo Secondary School in Howick. However, his attorney Ayanda Mkhwananzi said the initial agreement was for the money to be paid to Ohlange High School in Inanda.

Magistrate Irfaan Khallil said the Ohlange High School had a significant history and was also impoverished; therefore he ruled that Zuma split the R60,000 between the two schools.

"The parties should deem this matter as settled and finalised and undertake not to proceed with any further action flowing from the facts which were the subject matter of the litigation."

"In event that the respondent fails to comply with the terms of this agreement‚ the applicant will reserve its rights to proceed further action against the respondent‚" Khallil read the agreement into the court record.

Zuma arrived in court shortly before the proceedings and then asked to be excused. Khallil granted the request.