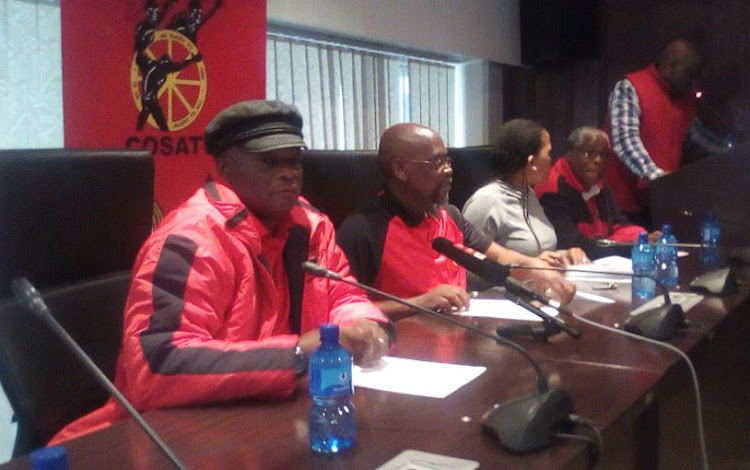 Cosatu has slammed senior members of President Cyril Ramaphosa's cabinet for taking decisions the trade union views to be against ANC policies.

Deputy General secretary Solly Phetoe told a media briefing that they were not happy about talk of privatisation by Nene and Gordhan.

"The CEC has made it clear that there will be no privatisation. Cosatu wants a report from government ministers Nhlanhla Nene and Pravin Gordhan to explain where they get the mandate to talk about privatisation in some of their public discussions‚" said Phetoe.

He said Cosatu had not seen benefits of privatising companies like Telkom‚ Sasol and Iscor.

Phetoe further slammed Radebe for what they termed as "unilateral decision-making" on policy matters‚ citing the signing of contracts with independent power producers.

"Minister Jeff Radebe has proved to be the most anti-worker minister in the last 24 years and his decision to sign IPPs two days after his appointment was a slap in the face to the many workers and families whose livelihoods he put at risk‚" said Phetoe.

He said Cosatu was angry that government signed the IPPs despite Cosatu's opposition. "This is a national security sector which must be protected from private sector profit motives‚" he said.

Phetoe said they would table some of their grievances at the meeting of the alliance political council.

Local steel sector is the reinforcing in SA’s economy

With South Africa hopefully moving on from an ailing economy under the Zuma administration‚ PwC economists have presented five possible future ...
Politics
3 years ago