Zuma's welcome home prayer gathering back on the cards 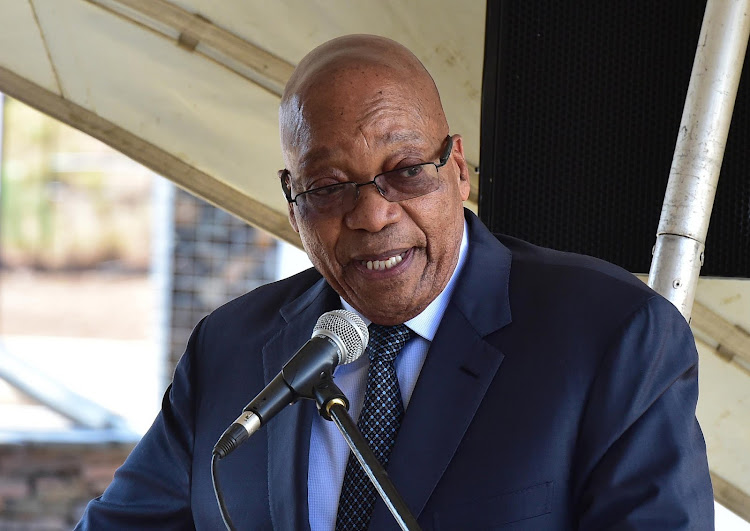 Religious leaders in KwaZulu-Natal are holding a prayer gathering to welcome former president Jacob Zuma’s return home to Nkandla and to thank God for securing him during his tenure as head of state.

The prayer gathering is being organised by the National Interfaith Council of South Africa in partnership with the Commission for Religious Affairs in Zuma’s home village in KwaNxamalala on Thursday.

In a statement issued on Monday‚ Nicsa’s provincial secretary Bishop Timothy Ngcobo said: “The church leaders are of the view that it’s imperative to thank God for securing former president Jacob Zuma during his tenure as the president of the ANC and the country.”

He said religious leaders from different parts of the country would converge at Nkandla to pray for the former president.

The welcoming prayer will also thank Zuma for the role he played as the champion of radical socio-economic transformation in the country‚ added Ngcobo.

Ngcobo‚ who led a protest march ahead of Zuma’s High Court appearance on graft charges‚ accused the ANC of failing to support Madikizela-Mandela when she appeared before the Truth and Reconciliation Commission amid allegations of murder.

“Today we experience the same with former president Jacob Zuma‚ where his own organisation disowned him with allegations of charges of the arms deal during a time when he was MEC of KwaZulu-Natal‚” Ngcobo said in a statement at the time.

A traditional homecoming ceremony for former president Jacob Zuma has been postponed because "some criminals hijacked the event".
News
4 years ago

ANC disowned Zuma like they did Winnie‚ says bishop

But Mvambo said they dissociated themselves with the statement although they did not have a problem with its leaders supporting and defending Zuma in their personal capacities as long as they did not do so in the name of the organisation.

He added that even during the political campaigns of the ANC’s elective conference‚ they had made it clear that they would not support any person “because that would be like interfering in the internal affairs of another organisation”.

But an unrepentant Ngcobo stood by his remarks‚ saying he did not know in what capacity Mvambo was speaking as he was no longer with Nicsa.

“Here in KZN we know our structures and we’re not going to be confused. We don’t know him because the last time we checked‚ he was no longer general secretary. This is our mandate [to support former president Zuma]. We’re speaking as KZN and we don’t know what he is distancing himself from‚” he said.

Last month‚ a traditional homecoming was postponed after it emerged that "criminals hijacked" the event.

Zuma’s nephew‚ Simphiwe Zuma‚ said the event to welcome back home Msholozi after he was ousted by the ANC‚ had been postponed because some people had been fundraising for the event using his name.

It was scheduled to have taken place at Zuma’s KwaDakwadunuse homestead in Nkandla. A new date hasn't been set yet.

Get over Zuma and just be glad we've got Cyril

Everything is not hunky dory, but Ramaphosa is fixing what Zuma broke and he deserves our support
Ideas
4 years ago

President Cyril Ramaphosa on Thursday gazetted extensive terms of reference for the probe into the South African Revenue Service‚ which‚ among other ...
Politics
4 years ago

The justice department‚ right up to Minister Michael Masutha‚ will not help Jacob Zuma argue that the state should keep paying his legal fees - ...
Politics
4 years ago