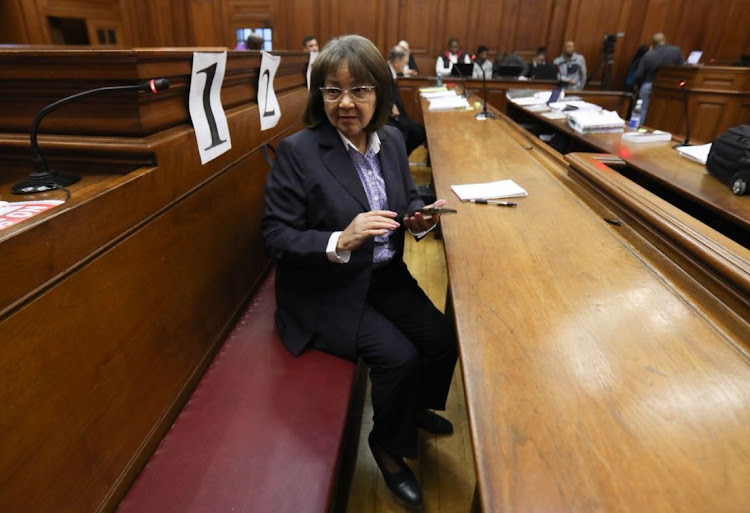 Embattled Cape Town mayor Patricia de Lille is upbeat that she will get her blue T-shirt back.

A full bench of the High Court in Cape Town is hearing her application to have her DA membership restored. She is challenging the constitutionality of the party’s secession clause on which the party relied to fire her last month.

The DA is defending the lawsuit‚ and battle lines have been drawn. The matter is set down for Monday and Tuesday.

Also in attendance is the deputy chairperson of the DA’s federal council‚ Natasha Mazzone. “I am here to observe the court process on behalf of the DA‚” said Mazzone.

“The main thing the DA wants is to ensure that service delivery is by no way hindered. This has been a confusing legal process (for the ratepayers).”

Cape Town Mayor Patricia de Lille will face off against the Democratic Alliance in court on Monday in a battle that will determine if and how she is ...
Politics
3 years ago

Announcing De Lille’s axing last month‚ James Selfe‚ chairman of the DA’s federal executive‚ said De Lille’s announcement during an interview with talk show host Eusebius McKaiser on Radio 702 on April 26 that she would resign from the DA after clearing her name cost her the party's membership. As a result‚ she lost her mayoral chain.

Selfe said the DA had since revoked a section of the DA’s constitution that states that: “A member ceases to be a member when he or she … publicly declares his or her intention to resign … from the party.”

De Lille told the party‚ when confronted about her utterances‚ that she had referred to resigning as mayor whereas the DA’s federal legal executive found that the context showed that she intended to leave the party.

Selfe said that after the executive decided that De Lille’s membership had ended‚ the disciplinary hearing which De Lille faced for alleged misconduct was no longer necessary.

“This has been a confusing time for the citizens of Cape Town‚ for which the DA sincerely apologises‚” said Selfe. “We recognise that we will need to build trust with the voters‚ and will do our utmost to ensure that we get back to the business of governing Cape Town.”

Maimane's big Zille regret: It was a mistake to keep her

Helen Zille should have been removed from decision-making structures after she stepped down as party leader, DA leader Mmusi Maimane has said. In an ...
Politics
3 years ago

The DA retained three wards in municipal by-elections on Tuesday‚ but lost support in two of the wards which are in the Western Cape.
Politics
3 years ago