Parliament wants part of its SAA meeting closed to the media 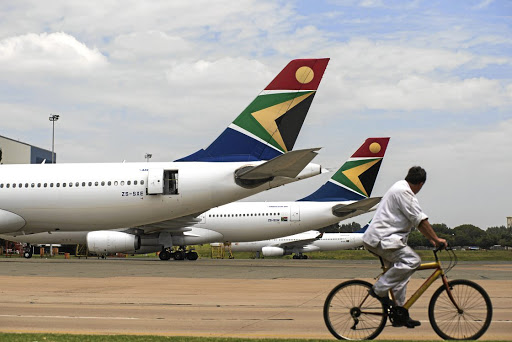 Parliament's finance committee has resolved to apply to the office of the Speaker of the National Assembly to have a section of its Thursday meeting with South African Airways (SAA) executives closed to the media.

It is envisaged that only those sections of the meeting which would deal with market-sensitive issues would be closed. The Democratic Alliance has objected to the resolution.

"The committee is clear that the public has a vested interest in the performance of SAA‚ especially since the government bail-outs for SAA are ultimately funded by the taxpayer and the company is ultimately owned by the public. SAA therefore has to answer on its quarterly performance in committee meetings that are open to the public‚" the resolution adopted on Tuesday said.

"Hence while SAA is a state-owned company and answerable to the public‚ it is operating in a market economy just like any privately-owned airline and its reporting to parliament should not undermine its prospects of doing better than its competitors."

The resolution also expressed the view that the committee was likely to get more comprehensive and clearer answers to some of the more sensitive questions around SAA's performance and plans in a closed meeting where SAA representatives were not concerned about what their competitors might glean about them. This would probably assist the committee to be more effective in its oversight role.

Africa stands to lose if SAA sinks. So does Joburg

Treasury to test water on equity partner for carrier

The DA says it will call for a full disclosure on the status of funding for South African Airways (SAA) given that a further bailout of R5-billion‚ ...
News
3 years ago