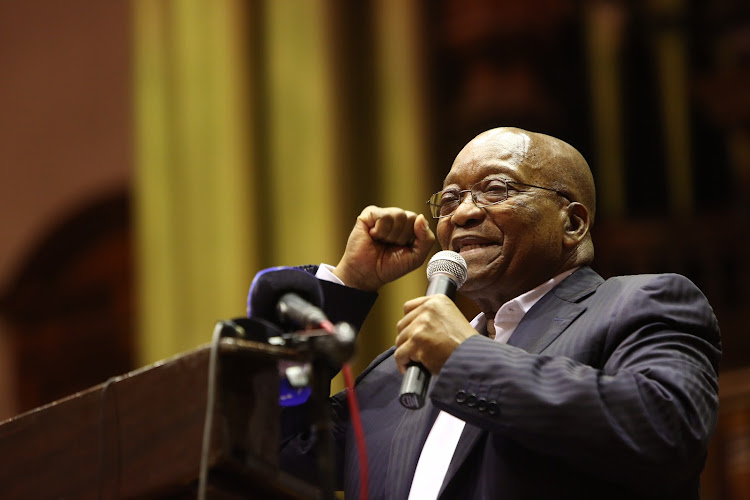 Former president Jacob Zuma used a Youth Month event in Durban to lash out at his critics within the ANC‚ telling them to simply shut up‚ quit talking about him and to stop provoking him.

“There are people who like to talk about me‚ who are provoking me. I’ve been keeping quiet when I was the president of the country in respect to them... and not that I didn’t have anything to say‚” he told the Congress of South African Students (Cosas) gathering at the Durban city hall.

He was invited to speak on free education at the event‚ given that announcing fee-free higher education was one of his last acts before leaving office.

But Zuma said that now that he was no longer the president‚ he had freedom to say whatever he wanted - including about the ANC’s issues.

I have things to say about their organisation also.

“They must not provoke me‚” he said‚ to huge applause.

Zuma is set to appear in the Durban High Court on Friday‚ where he is facing fraud and corruption charges. A night vigil has been planned for Thursday.