Zuma's chilling warning: 'They must not provoke me' 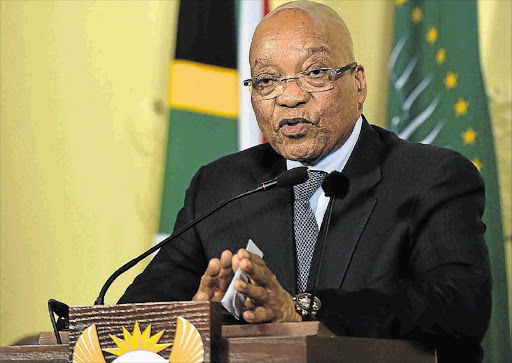 A confident former president Jacob Zuma signalled a warning to his detractors on Wednesday evening, two days before his next court appearance for corruption, warning them not to provoke him and describing the term “state capture” as a fabrication.

Zuma told a Congress of SA Students event in Durban: “There are people who like to talk about me, who are provoking me, and I’ve been keeping quiet when I was the president of the country in respect to them ... and not that I didn’t have anything to say.

“I’m now not having responsibilities … and I want to warn them: they must keep quiet, they must discuss their organisation, not me.

“Because I have things to say about their organisation also. I don’t want to ... because I think I know why I was part of the struggle, why I’m part of the leadership.

“They must not provoke me,” Zuma said.