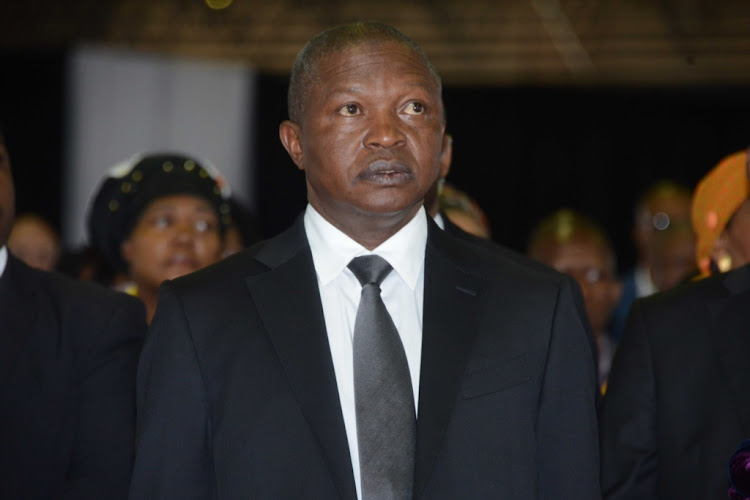 Deputy President David Mabuza on Tuesday surprised the University of Zululand choir with a bus.

What was meant to be just another singing gig for the university's choir turned into an unexpected blessing when Mabuza called them back onto the stage after they had performed ahead of his address at the 5th Tuberculosis Conference at the Inkosi Albert Luthuli International Convention Centre on Tuesday. He said he had a request for them.

"My request‚ that I want to do in front of everyone here‚ is to request you to be ambassadors of TB‚ of HIV and Aids. In return‚ because this is a deal‚ as the chairperson of the South African AIDS council‚ we are going to buy you a bus‚" Mabuza announced.

Stressing the important role the youth play in the fight against TB‚ Mabuza urged the choir to use the bus in order to go out and "spread the message about TB...because you've got the best way of doing it".

Deputy President David Mabuza says the government wants to transfer communal land from traditional leaders to communities who occupy it.
Politics
4 years ago

Earlier in his speech‚ Mabuza spoke about the important role artists played in the fight against diseases such as TB.

"We look to our young artists‚ like the [Zululand] choir that was here‚ to dig deep into their creative reservoirs to compose anthems‚ songs of hope‚ that will mobilise all South Africans and the world to lend a hand in ending diseases and promoting a healthy livelihood‚" Mabuza said.

Choir conductor Bekani Buthelezi‚ who was clearly elated by the gift‚ said he and his singers had held many discussions about TB and how they could educate communities about the disease.

"To them (the choir) it wasn't a performance; it was a platform to say‚ 'We want to be sent.' We are very grateful‚" Buthelezi said‚ making reference to President Cyril Ramaphosa's now-famous Thuma Mina refrain in his maiden state of the nation address.

"To us‚ this is not just a gift but a platform that will help us travel even faster and reach more people in the hope to educate them about TB‚" he added.

Mabuza also promised the 70-member choir new uniforms to wear in their new roles as ambassadors. The TB conference ends on Friday.

Editor's note: The original version of this story incorrectly said the choir was from the Mangosuthu University of Technology and not the University of Zululand. The error is regretted.