Cope to escalate fight against amending Constitution for land expropriation 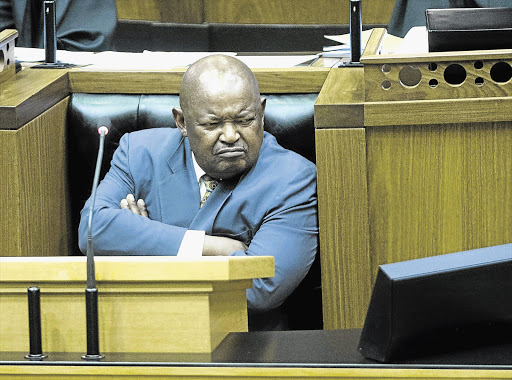 The Congress of the People (Cope) is set to intensify its campaign against a proposed constitutional amendment to allow the expropriation of land without compensation.

The party’s congress national committee (CNC)‚ its highest decision-making body between conferences‚ will meet in Gauteng on Saturday to discuss the land issue‚ among other matters.

Cope president Mosiuoa "Terror" Lekota has been among the leading critics of the parliamentary process to amend section 25 of the Constitution regarding the expropriation of land without compensation.

The party says it has collected 247,000 written submissions presumably objecting to amending the Constitution.

Only land stolen from black South Africans during apartheid and unfairly transferred to white beneficiaries should be expropriated without ...
Politics
4 years ago

In April‚ the joint review committee set up to deal with the review of section 25 of the Constitution called for written public submissions to allow South Africans to voices their opinion on the matter.

On Saturday‚ the CNC will present a report on the expropriation of land without compensation and the party’s plans to “mobilise South Africans to correctly prepare them to defend the Constitution”.

The party‚ which has seen declining support at the polls and was marred by internal squabbles soon after its inception in 2008‚ is also celebrating its 10-year anniversary.

But Cope’s national chairperson‚ Pakes Dikgetsi‚ told TimesLIVE that the party was starting to see growth in support and that “the party’s political climate has never been more favourable than it is now”.

Dikgetsi confirmed that the CNC meeting would discuss a report on work done to mobilise South Africans to defend the Constitution.

“The Constitution was a multiparty agreement; Mandela was not drunk when he signed. It is meant to guide us all‚” he said.

He said that since February this year‚ the party has held discussions with traditional leaders‚ farmers and other citizens about their concerns regarding the expropriation of land without compensation‚ which had resulted in the large number of submissions on the subject.

Ntombifuthi Masina waits in anticipation‚ holding a shovel in her right arm. She listens attentively for her name to be called by the land ...
Politics
4 years ago

Lekota has on various occasions spoken against the expropriation of land without compensation‚ saying that it will lead to war.

During this year’s debate on President Cyril Ramaphosa’s state of the nation address‚ Lekota asked: “This Constitution says we are all South Africans. Who will you take the land from whom‚ and to whom will you give it?"

Although Cope seems confident about their position on the land issue and defending the Constitution‚ Professor Susan Booysen of Wits Governance School says it is a “tragic party”; it doesn’t die but neither has it grown since it was established - although it occasionally made good debates and alliances.

The party is also expected to encourage South Africans to participate in the public hearings to be held by Parliament’s constitutional review committee.

Reports on the party’s second policy elective congress are also on Saturday’s agenda.