On top of its bruising high court defeat at the hands of Patricia de Lille‚ the DA has to foot her legal bill of more than R1-million.

The embattled Cape Town mayor gave a glimpse on Thursday into the cost of her legal spats with the party.

The DA must pay the costs and it’s over R1-million already.

The high court in Cape Town was set to hear De Lille’s application to compel the DA to provide her and her legal team with all the evidence the commission headed by chief whip John Steenhuisen relied on when it made damning findings against her last year.

This came hot on the heels of the court’s ruling on Wednesday which reinstated her DA membership. De Lille successfully challenged the constitutionality of the party’s so-called “cessation clause” which the DA used to end her membership last month.

“For all the three cases‚ the court has just awarded costs‚” said De Lille.

“The DA must pay the costs and it’s over R1-million already. I have invested [money in the matter] because my name‚ my integrity‚ is priceless. But now the money will come back because the DA must pay for all the cases.”

The matter was not heard on Thursday because‚ said De Lille‚ the DA filed its papers late. “The DA was given until the 18th of June to file their replying affidavit and they failed to do so. They submitted their affidavit yesterday afternoon on the 27th of June‚ 24 hours before the court [hearing]. My lawyers still had to respond … and the judge had to read the papers before going to court‚” she said.

“The judge didn’t take very kindly to it‚ so the matter has been postponed to the 1st of November.”

De Lille said she was aware of talk that the party was mulling a third vote of no-confidence in her in the City of Cape Town.

“I [am] and I have always been ready to defend myself and I will vigorously defend myself if they bring a third attempt at a motion of no-confidence‚” said De Lille.

Natasha Mazzone‚ the DA’s federal deputy chairperson‚ indicated on Wednesday that the party would consider appealing against the judgment.

On Thursday‚ she said the DA was not prepared to give De Lille the names of the “whistleblowers” who testified before Steenhuisen’s committee.

“Ms de Lille has also claimed that the DA missed the deadline to submit our answering affidavit. What she has conveniently omitted is that the deadline she refers to is the one set by herself‚” she said.

“High court rules provide that an affidavit must be lodged within 20 days. She demanded that we submit the affidavit within four court days. We filed within 11 days.” 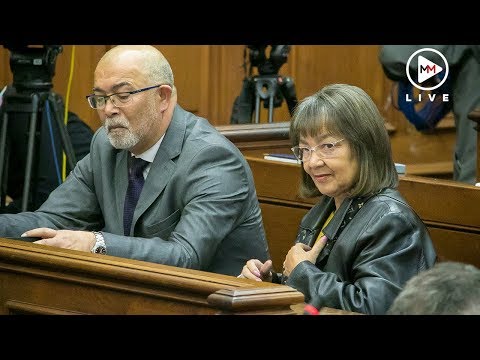