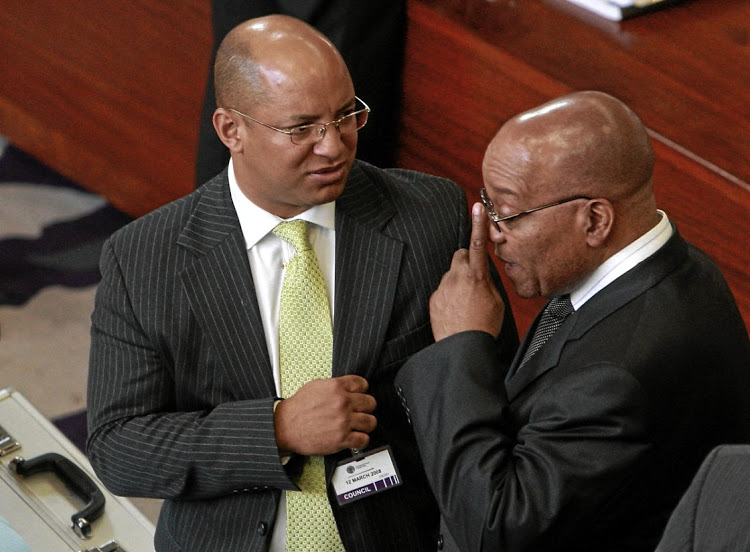 Former president Jacob Zuma has fired his longtime attorney Michael Hulley‚ weeks before he is due back in court to face corruption and racketeering charges.

"I can confirm that former president Zuma terminated my mandate two weeks ago‚" said Hulley.

"I am no longer acting for him in any of his current matters."

Mantsha resigned from Denel a few days after Public Enterprises Minister Pravin Gordhan was appointed by President Cyril Ramaphosa in his first shake-up of the cabinet after Zuma was ousted.

Mantsha has been implicated in allegations of state capture. A tranche of leaked e-mails in 2017 disclosed what appeared to be highly damaging correspondence between Mantsha and the Gupta family about the establishment of Denel Asia‚ a joint venture between the group and associates of the Guptas.

Other damning e-mails show Mantsha sending the Gupta family his personal bills. It is not known if they were paid.

Hulley was axed days before the Presidency confirmed that the state would fund only the costs of Zuma’s criminal defence if and when he went to trial.

Presidency spokesperson Khusela Diko said Zuma’s lawyers would have to apply to the state attorney for any further funding of civil applications linked to his prosecution‚ including his planned bid to challenge National Prosecuting Authority (NPA) head Shaun Abrahams’s decision that he should go on trial.

Zuma is due back in court on July 27‚ when he is expected to update the court on his new legal team and whether he will pursue his court bid to overturn Abrahams’s decision.

Hulley represented Zuma in his 2006 rape trial and has been a key part of his corruption defence team since Zuma was first charged.

Without clearance from the Presidency‚ Jacob Zuma's preferred legal team is likely to be absent when he appears in the Durban High Court on Friday.
Politics
3 years ago

President Cyril Ramaphosa will not be fighting for his predecessor Jacob Zuma to continue getting state funding of his legal fees.
Politics
3 years ago