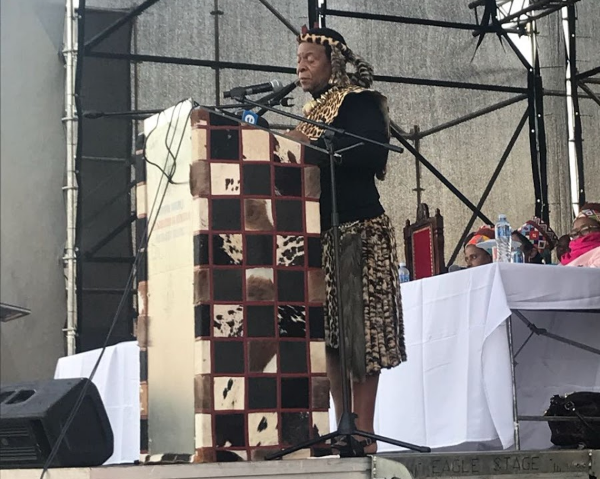 When I read headlines suggesting that Julius Malema is defending King Goodwill Zwelithini’s claim to almost 30% of KwaZulu-Natal, I was impressed. At last, I thought, Malema had delivered on a promise and had secured economic freedom for at least one South African other than himself.

Still, it seemed very confusing. Why, I wondered, was a Marxist (who wants nobody to own land) backing an unelected feudal overlord (who wants to own a lot of land), whose claim to said land was an agreement cooked up by the 1990s ANC and the apartheid government, or, as Malema knows them, a band of sellouts and the scumbags they sold out to?

According to Malema, Zwelithini’s threats to secede from South Africa or mobilise legions to defend his land were simply a “contribution”, and certainly nothing like the protests of “boers who are calling for a separate republic”. No, those guys are being incredibly provocative and dangerous by saying more or less exactly the same thing as Zwelithini. They’re not contributing anything, other than votes for the EFF.