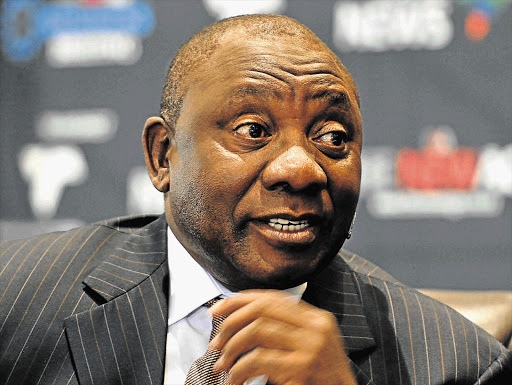 Ramaphosa is currently in Nigeria‚ where he met with the country's president‚ Muhammadu Buhari‚ on Wednesday.

“The purpose of the state visit to the Kingdom of Saudi Arabia is to assess the status of bilateral relations‚ whilst focusing primarily on strengthening economic linkages between South Africa and Saudi Arabia‚ particularly in terms of increasing inward investment and diversifying the trade relationship‚” said Diko.

“The country is also a large investor in South Africa‚ especially in the area of renewable energy. Total trade amounted to just more than R55-billion in 2017‚” she added.

The state visit will also present an opportunity for South Africa to increase cooperation with Saudi Arabia in light of the country’s new strategy for Africa.

In the UAE‚ Ramaphosa is expected to meet Sheikh Mohammed bin Zayed Al Nahyan‚ the crown prince of Abu Dhabi‚ on Friday.

“The UAE is growing as a lucrative export market for South African products and services‚ while many South African companies are benefiting from opportunities in the UAE in various sectors‚” said Diko.

She said Ramaphosa will be using the opportunity to speak about his investment summit‚ to be held in August this year‚ as the UAE is an important partner for the country.

President Cyril Ramaphosa is jetting off to Nigeria on Tuesday for a two-day state visit.
Politics
3 years ago

Moyane disciplinary inquiry to go ahead as usual‚ says Presidency

The Presidency on Monday said nothing has changed regarding the disciplinary inquiry into suspended tax boss Tom Moyane.
News
3 years ago

Ramaphosa sends message of condolence to Japan after deadly rains

President Cyril Ramaphosa sent his condolences to Japan on Sunday after at least 69 people were killed and 1‚850 were stranded in the western ...
Politics
3 years ago