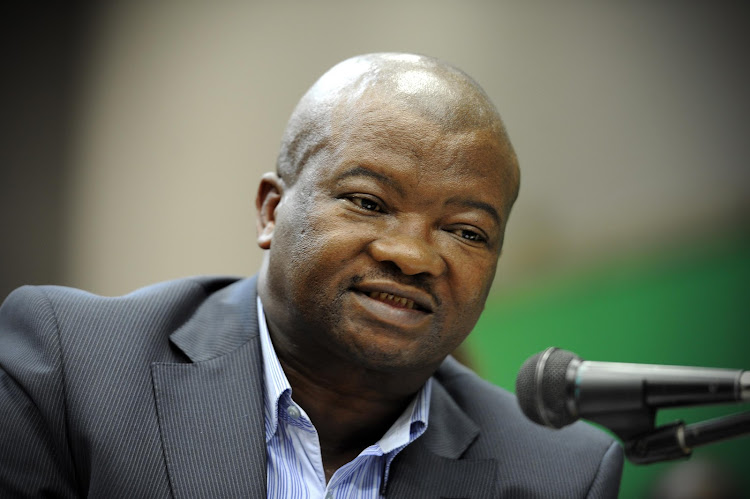 The North Gauteng High Court will on Monday morning grant an order gagging UDM leader Bantu Holomisa from continuing to allege that a major BEE investment firm and prominent business figures may be involved in Public Investment Corporation (PIC) corruption.

Judge Vivian Tlhapi said she would give reasons for her decision “soon”‚ but Holomisa has told TimesLIVE that he intends to challenge the ruling.

Lebashe Investment Group‚ Harith General Partners and Fund Managers and former Deputy Finance Minister Jabu Moleketi are among the applicants who took Holomisa to court – after he wrote an open letter to President Cyril Ramaphosa implicating them in alleged PIC looting.

In his letter to Ramaphosa last month‚ Holomisa stated: “Mr President‚ these companies and individuals have links - past and present‚ directly and indirectly - with the PIC. It makes for uncomfortable reading when one considers the possibility of a very complicated and opaque scheme that will put at risk the Government Employees Pension Fund.”

I’m surprised‚ that’s all I can say. But we will appeal

Holomisa said “possible corruption” at the PIC could make alleged “state capture” graft “look like chump change”. He further suggested "front companies" seemed to have been created with the aim of getting into business with the PIC.

He called on Ramaphosa to widen the terms of reference of Justice Raymond Zondo’s inquiry into state capture to investigate the PIC‚ saying it should be done urgently before "the paper trail is shredded in dark back rooms.”

Holomisa has now been ordered to “cease and desist from making or repeating any allegations (whether orally or in writing) against [Lebashe and its co-applicants] and/or from defaming or injuring them in their dignity‚ in any further publications or broadcasts in any form‚ including but not limited to internet posts‚ articles‚ letters‚ media interviews‚ Twitter and other social media posts and the like‚ which are the same as‚ or similar to‚ or which negatively reflect upon the applicants (or any of them) arising from or based on‚ any of the allegations or statements appearing in the letter dated 26 June 2018 addressed by [Holomisa] to the President.”

Public Investment Corporation boss Dan Matjila allegedly asked a company that  had been granted loans through the PIC to pay off his girlfriend’s  ...
News
3 years ago

'No, No No!' - Bantu Holomisa’s TV moemish has the internet in tears

Bantu tripped up live on TV.
TshisaLIVE
3 years ago

According to the order sought by Lebashe‚ Holomisa will also have to remove and delete the letter he wrote to Ramaphosa‚ as well as any posts regarding the letter on Holomisa and the UDM’s social media accounts and website within three hours of the order being granted.

It is understood that his legal team intend to file notice of their attempt to appeal that order today.

Lebashe chief investment officer Warren Wheatley has categorically denied that there is any truth to Holomisa's claims.

He has further denied that the PIC provided any funding as part of a mooted empowerment deal between EOH and Lebashe.

“No deal with EOH has been concluded and the PIC has not provided any funding. We have commenced consultations with international financiers and various local finance experts to raise funding‚” said Wheatley.