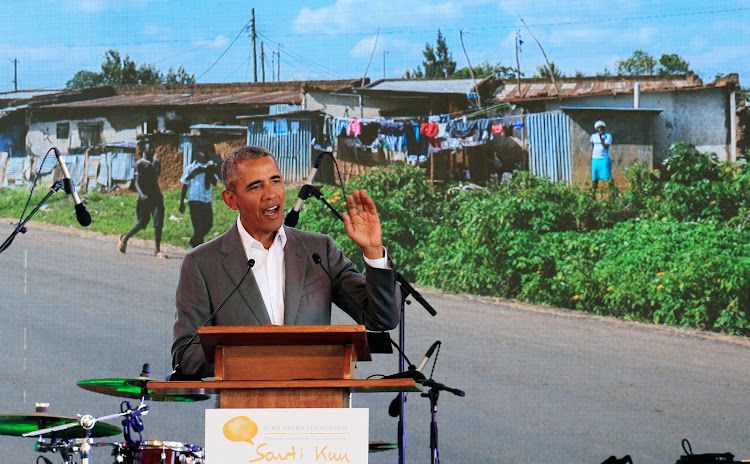 The foundation’s Luzuko Koti said Obama‚ with his global reach‚ was the ideal speaker to raise uncomfortable questions‚ provoke dialogue and draw attention to values that today were under threat.

The address will be one of Obama's most high-profile speeches since leaving office. He is also expected to stimulate reflection.

Twenty-five South Africans are among the first class of a programme run by the Obama Foundation for young leaders from across Africa aimed at ...
News
3 years ago

Obama’s foreign policy has been heavily criticised while locally‚ Mandela’s legacy has been questioned over “settling” for political power while "failing” to shift economic power to the people.

“Obama is not a perfect leader‚ he doesn't have a perfect legacy‚ in fact his own legacy is as contested as that of Madiba. People question what he did‚ the decisions he took‚ and we are a platform that gives people the opportunity to interrogate these legacies‚ not people who are going to gloss over issues. That is why we wanted him to come here‚” Koti said.

However‚ Koti said it was important for the foundation to bring a person who was not only inspired by Madiba’s legacy personally but who had also modelled their own leadership after Madiba.

“Like Madiba‚ he is inspired by the issue of future leaders‚ emerging leadership‚ young people‚” he added.

The Nelson Mandela Foundation has slammed an initiative that attempted to auction a night in Madiba’s former cell on Robben Island.
News
3 years ago

Hence‚ during his visit‚ Obama will launch his foundation's leadership programme‚ which is made up of 200 young Africans chosen from nearly 10‚000 applications from 44 countries across the continent.

The lecture will take place at Wanderers Stadium in Johannesburg and is expected to be attended by 15‚000 people.